10 Types of Women You Should Never Ever Date

The dating world is huge, and there are high odds of running into a nutcase or two. Arm yourself with the low-down on women you should avoid! 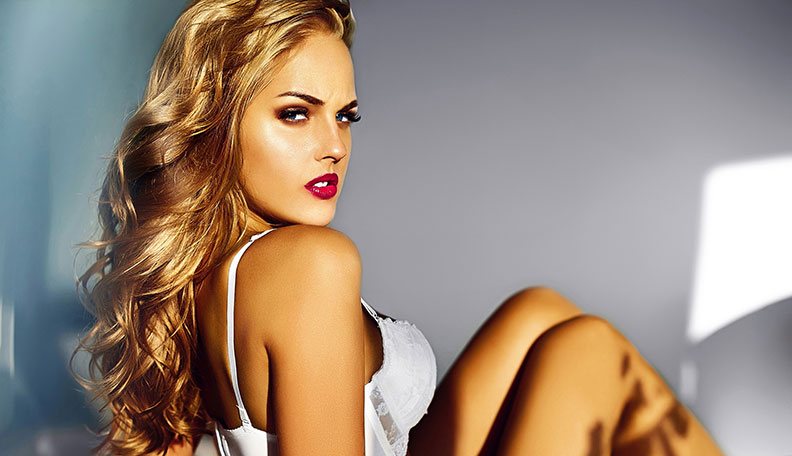 When you’re out there in the world of dating, you get to meet loads of different women whom, in retrospect, you probably shouldn’t have dated in the first place. At the start, they may seem pretty normal, despite their unique little quirks. But behind those little quirks are underlying clues that might reveal more about their personality, a personality that may turn out to be damaging to you and to your budding relationship.

Are you one of those guys who always seem to date the wrong woman? Are you constantly lured into what you think may be the start of a wonderful relationship, only to find out that she’s not what she seems? Are you sick and tired of getting your heart, your wallet or your ego smashed into pieces by a woman you tried so hard to treat well?

How to spot the women you shouldn’t date

This list aims to shed some light on the kinds of women you should stay away from, as well as the little clues that you should look out for.

#1 The gold digger. Yes, there are some women out there who would prefer to date a guy who has money. But that doesn’t make her a gold digger. It just means she wants to be with someone who’s financially stable enough to support himself and her, if the need arises. A real gold digger is a woman who, at the initial glimpse of wealth, pounces at the chance to have some of that moolah. She doesn’t necessarily have to be attracted to you, but she’d do anything to get a taste of your wealth.

Clues that say she’s a gold digger include expensive tastes and not caring about anything else other than what you can purchase for her. Conversations tend to linger on the topic of money and how much you make. Sometimes, she might hint that she’s in a sort of financial need so she’d get on your sense of chivalry and get you to help her out. [Read: 11 signs you’re just being used for your money]

#2 The drama queen. You know those women who say that they hate drama, and yet it always follows them around like a cloud of stink? She makes a big deal out of the smallest things. She’ll turn on the waterworks just to get what she wants. And she might even induce the drama by getting herself into situations that require the help of a knight in shining armor – that’s you.

If you personally love drama, then you’re sure to get along, but your relationship will most likely get into a host of complicated scenarios.

#3 The princess. She shares the expensive tastes of the gold digger, but she’s not necessarily after your money. She’s the woman who wants to be treated like royalty, and anything less than royal will be met with her scorn. In short, she’s the high maintenance woman who insists on getting what she wants all the time. Spoiled, and not the least bit ashamed of it, the princess expects only the best. [Read: 15 hard to miss signs of a high maintenance princess]

#4 Ms. Dependent. Why do it herself when she can ask you to do it? Ms. Dependent is the perpetual damsel in distress. She’s always putting on the “poor me” act, and she expects you to do everything for her. The worst part is that when you start to wean her off your assistance with some tough love, she’ll start going on about how you don’t really care about her enough to help her. [Read: 12 subtle signs you’re being manipulated by your partner]

#5 The naggy nitpicker. She thinks she’s giving you constructive criticism, but in fact, she’s just going on about all her complaints. And those complaints don’t necessarily have to be about you or your relationship, sometimes they’re about random things she encounters, but she just wants to share the negativity with you. When she does turn her critical gaze upon you, she can go on a rampage about all the things she wishes you’d do better. [Read: 16 reasons a girl may be taking you for granted]

#6 The feminazi. How dare you open doors and pull out chairs for her! Do you think she’s some sort of weakling who can’t do these things herself? The Feminazi is the militant feminist who will relentlessly try to prove that women should be treated with absolute respect, no questions asked.

Any offhand comments or remarks about a woman may be interpreted as disrespect, a way of objectifying her or just outright sexism. Most of your arguments will revolve around your “closed minded view of the female sex.” With her, you have to watch everything you say, lest they be misinterpreted. [Read: 20 signs you’re dating a control freak]

#7 The chameleon. Leave her to her own devices and she won’t have much of a personality. In her attempt to get you to like her, she’ll start mimicking everything you do. Whatever you’re into is her latest interest. You may think this is ideal since she’d be down to do anything you want to do. However, she may often be very susceptible to suggestion. She’s mirroring everything you do, and does everything you say. But if you ask her for her own views on things, she might not be able to give you an answer.

#8 The daydreamer. Daydreaming is fine, however, she may be living in her own fantasy world. She sees what she wants to see and hears what she wants hear. She tends to have selective hearing loss whenever you’re telling her something she doesn’t want to deal with. In her mind, everything is fine and dandy, and she avoids conflicts instead of dealing with them.

You, in turn, end up taking in a huge chunk of the work required to make your relationship last. She’s in it for the good times, but you may not be able to count on her when the bad times come.

#9 The suffocator. She’s relentlessly breathing down your neck, wanting to know everything you’re up to. She’s clingy, possessive, and intolerant of not being able to know the latest thing that’s happening in your life. You may notice that she always wants you to reply to her messages ASAP.

She doesn’t take no for an answer when she wants to see you. She gets angry whenever you’re not within her sights. At first, it may seem like she’s just a bit attached because she likes you so much. But after a while, you’ll realize that she’s like this because she’s deathly afraid of any sign that you might disappear on her.

#10 Ms. Terious. The mysterious woman is intriguing in that she doesn’t want to reveal a lot about herself. It can be a fun part of the chase since you feel like you’re uncovering her, layer by layer. However, you may start to wonder why she doesn’t reveal as much as you would like to know. A couple of weeks into dating, you may even be surprised by the fact that you hardly know anything about her.

Yes, it may be true that she’s just not into divulging certain aspects of her life. But when you’re in a relationship with someone, you would, of course, want even the least bit of openness. With Ms. Terious, you’re always on the receiving end of wishy washy responses. And then, when paranoia gets a hold of you, you might be wondering what she’s hiding. Is she a spy? Is she on the run from the authorities? Is she the mastermind behind the inner workings of a drug cartel? You may never know!

[Read: 15 signs of a bad girlfriend that will make your life a living hell]

Beware of the woman who seems too good to be true, lest she has some ulterior motives. Now that you know more about the various women who prey on single men, you can cross them off your list by aiming for ladies who are more stable, less manipulative and a whole lot more dateable!