Is she blowing hot one minute, and cold the next? Here’s a guide for what you can do when the woman you want is playing hard to get. 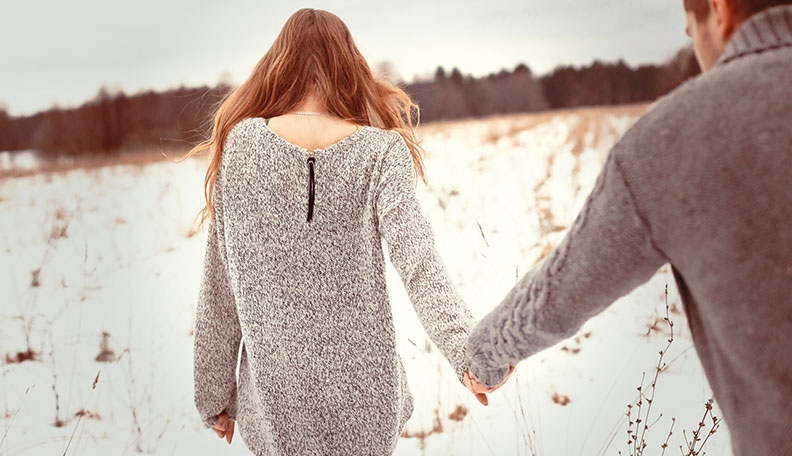 Let’s face it. Dating is more like a game, no matter how much we glorify it with books, songs, and films. And worse, think of it as a poker game where players are suspicious of the other who’s trying to guess their next move and always keen on putting themselves in an advantage. In the end, the goal is to win and take everything.

Men have often complained of the opposite sex of playing hard to get. Accept it. Evolution has put women at a considerable advantage in a way that they won’t have a problem getting partners. Men however, were given the enormous task of wooing and pursuing, not to mention the competition from other guys. But there’s a reason why it may seem like she’s toying with your ego.

Remember, relationships are not like your regular Hollywood summer chick flick where the guy impresses and wins the girl immediately. Women, who are in advantage of choosing from a list of candidates, have the leisure to put you through their little mind games and tests to see if you deserve her company. [Read: A guy’s ultimate game plan for handling mixed signals]

Why does she play hard to get?

Simple. Before you buy a car, you’d like to take it for a test drive, right? Finding the potential partner works in the same way. And why wouldn’t it? Think of it: relationships require a person to invest time, resources, and emotion to make it work. And there’s that chance that it wouldn’t work out in the end, no matter how many anniversaries you count. Therefore, there is a need to be sure at the very beginning.

Playing hard to get is one way for women to determine if their potential partner would be up to the task. She needs to know if you are genuinely interested in her and that you’re not just some sloppy, needy drunk who merely wants a one night stand. [Read: Women’s relationship issues that all men must know]

Things to remember before making a move

Hold up mate, before you read the tips section, there are some really important things you should consider before jumping to conclusions.

#1 Is she really playing hard to get or is she just really, really busy? You meet a girl in a jazz bar. You muster up your courage, fix your jacket and throw in that awesome one-line conversation starter. It worked. From a few minutes of small talk, you learned that she works 10 hours a day, plus after-shift classes in art school. Numbers are exchanged and hopes soar high.

Now, don’t get upset if she doesn’t answer your calls and messages immediately. Remember, in this day and age, women can also be career-oriented like men. Don’t go about feeling bad if she says no to an invitation for coffee after work. Maybe it’s not a good time, she could have had a bad day, or in the worst time of her period. And don’t pull the tail of the tiger by accusing her of playing hard to get in this scenario. I’m telling you, it’s going to get ugly.

#2 Is she really interested or just enjoying your misery? I mean, who doesn’t enjoy the feeling of being pursued, right? There is no better ego drug than the experience of being pursued, be it a girl or a guy. However, one must be smart enough to recognize a woman who’s merely leading you on.

A common pitfall for guys, who are so fueled by the manic pixie dream girl stereotype, is believing that no matter how long it takes, she’ll fall for you in the end. If you’ve invited her for a date so many times and she is still “not sure,” maybe it’s a cue to move on.

Sometimes she’ll act really fickle, really sweet and endearing one day, then she falls off the grid the day after. It all depends whether you’re still comfortable in pursuing her. If, after all your efforts, she’s still giving you attention just for her convenience, she might be a player, and you don’t want to end up wasting your time. [Read: 9 tips for dating the girl who’s out of your league]

How to deal with her playing hard to get

So once you’ve established that she is, indeed, playing hard to get, here’s how you can play your cards right.

#1 Give a little more effort. As mentioned, 70% of the dating effort falls on the shoulders of the male species. If at first she starts playing hard to get with you, it’s a cue to up your ante a little bit. Texting and instant messaging is forgivable the first few days, but you can’t get your first date with smileys alone. Man up, pick up the phone, and talk to her.

You don’t need to play John Cusack-holding-up-a-boom-box-in-the-morning to show effort. It could be as simple as making her laugh, showing her interesting stuff online, and suggesting good movies that falls in her area of interest. The trick is to express genuine interest in her life. Be ready to listen if she’s upset or excited about something. Going out of your way for her sake could show her that you’re really sincere. This will make her feel that, even if she just met you a few days ago, life is a wee more cheerful with you in it.

#2 Be confident, but not too overconfident. Playing hard to get can be in different levels. It can range from the demure, daughter-of-a-pastor kind of hard to get to the straight bitchy, dismissive, and abrasive type. Women oftentimes do this to know if you’re easily intimidated and would likely crack up under the pressure. In this picture, you need to be confident and flexible.

Take note of the little things such as body language, posture and mannerisms, anything you could use to your advantage. However, learn to gauge your confidence level and still be true to yourself. You don’t want to go overboard and come on too strong for her taste, or make yourself look like a poser who’s all talk. Take Will Smith in Hitch, for example. Remember, smooth and steady. [Read: 25 dating deal breakers for women]

#3 Play her game. If she can play hard to get, why can’t you? Sometimes, if a woman plays hard to get, it’s a sign that she is interested in you, so is there a better way to win than by meeting her challenge on equal terms? Make her miss you a little, now and then. Keep in mind that even when she says she’s testing you, she secretly wants the attention you’re giving her.

So maybe for a few weeks, you give her that good score of attention: the calls, the witty text messages and Facebook likes and comments, and the intellectual coffee conversations. Then all of a sudden you pull out the attention little by little. You can miss the hangouts, deliberately skip a call or two, then watch her go through dating withdrawal symptoms. She could get a little paranoid if you plant hints that she’s losing you, if she continues to play hard to get for long. It’s a little devious, yes. But as mentioned in #1, the point is to make her realize that her life is better with you in it.

#4 If all else fails, candidly confront her. Pop the question, “where are we going with this?” You’ve been dating for months now, and you’ve been the most gentlemanly you ever were. This could take her by surprise, even if she’s playing the femme fatale version of Moriarty. But this could also show her that you’re really determined to get her.

However, timing is everything. Choose a good time to ask her and take care not to spoil the mood. Probably after a good concert or dinner, somewhere secluded and intimate, when you two have run out of things to say. It’s a gamble, but who knows? Women appreciate honestly and sincerity the most. [Read: 15 signs she’s leading you on and taking you nowhere]

No matter how many tips you read, there is no general equation to solve female dating behavior. It all falls on careful observation and creating good experiences between two people. If it doesn’t work out in the end, didn’t you at least enjoy going out with her?

Remember, the dating period is where you test your waters, the plot summary of the whole movie that is your would-be relationship. It is where first impressions are confirmed or dispelled. If you’ve made a good impression on her when she first met you, she’ll likely dangle you a little bit more, to see if you’re real. The rest is up to you.

Paul Timothy Mangay
Paul aka Morty is a keyboard-pounding cubicle-dweller based in Manila where he occasionally moonlights as a writer for anyone in need of his mediocre word-strin...
Follow Paul on Tumblr Instagram
Pin It Tweet Share