Things People Hate About Other People: 15 Annoying Truths We Know

When it comes to things people hate, other people are probably #1 on the list. Here are the annoying truths about other people we all can relate to. 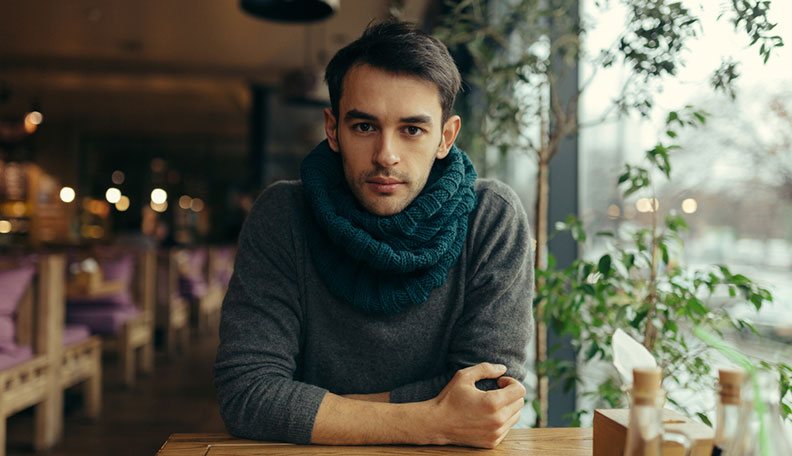 I wouldn’t describe myself as a people person. Truthfully, most people annoy the living daylights out of me. And guess what? I’m not alone. There are tons of things people hate about other people and you probably have your own list hidden away somewhere.

I think we can all relate to being beyond irritated by a stranger. And the thing is, most of them have no idea they’re doing all of these things people hate. They may think they’re harmless when they hum that annoying tune that’ll now be stuck in your head forever.

Learning patience when people are irritating

I’ll be real with you. I’m probably not the most patient person and I’m certainly not the nicest when it comes to people annoying me. I usually tell them how it is – which is usually a firm, “Shut up!” That being said, I do admit that I could use some practice with patience.

Because a lot of people are going to be annoying in my life. You can’t stop people from acting a certain way and you’ll always encounter those who do things people hate. But you need to be able to deal with those people civilly. Who knows? Someone who is guilty of the below annoyances may just give you a great job someday. [Read: 12 ways to ignore someone who’s annoying you]

Things people hate about other people – we can all relate

I think the best thing about knowing the things people hate about other people is that you may even be guilty of a few of these. I know I am! As much as they annoy me, I also do some of the things below – and I’ll be sure to put an end to them!

If you’re like the rest of us in the world, these things will probably annoy the shit out of you, too.

#1 Loud eating. I can’t tell you just how annoying this can be – especially when you’re out to eat. Hearing someone chew very loudly from the next table isn’t only irritating, it’s unappetizing. I don’t want to hear someone else’s food smacking around in their mouth. ICK!

#2 Loud talking in a quiet establishment. Not only is this very rude to the other people around, it’s usually done while talking about something ridiculous and not at all relevant to what’s going on. Anyone who is obviously talking above everyone else so loud that it’s distracting and ruining someone’s time there is the worst type of person. [Read: How to ignore people who are ruining a perfectly good day]

#3 When they interrupt you. I think this one is one of the universal things people hate. Being interrupted is horrible. It’s annoying, disrespectful, and you can’t finish what you were saying as planned because you have someone cutting off your train of thought. There’s not much more annoying than being interrupted when you’re telling a story.

#4 Obnoxious laughter. I know, I know. This one is a little difficult to talk about because people don’t really have control over what their laugh sounds like. Their laugh is a laugh. However, there are people with very loud, over the top laughs than can get really annoying if heard over and over again.

#5 Making unnecessary small talk. I get that people are supposed to be polite. However, there’s a difference between saying hello and trying to talk to someone who is clearly not interested. This is when people make unnecessary small talk about the weather or birds or cars or any other pointless topic. It’s downright annoying. [Read: 10 clever ways to get out of an annoying conversation]

#6 Horrible drivers. This is one of the things people hate that the most people also do. I even hate horrible drivers but if I’m being honest, sometimes I AM the horrible driver. Not because I mean to be, but sometimes you miss a turn and have to drive badly in order to make that U-turn back. It sucks. It’s dangerous. And yes, it’s extremely irritating.

#7 SLOW drivers. I’m all for following the speed limit – to a certain extent. Let’s be real, you can go over the speed limit safely by like 5-10mph. I know people who are driving “slow” are only driving the speed limit but it’s annoying when the rest of the traffic is going so much faster. This can also be dangerous since it disturbs the flow of traffic.

#8 Awkward eye contact. I don’t think this is so much annoying as it is uncomfortable. I HATE when people make eye contact with me because it usually means they’re staring. And staring is definitely another one of the things people hate most. Let’s keep our eyes to ourselves, thank you! [Read: Why do guys stare at girls so much?]

#9 Spitting while talking. I think this might top the list of things people hate because of how gross it is. When you’re talking to someone and they keep spitting all over the place, it can be very annoying. You basically have to dodge their spit whenever they open their mouths. I prefer not to walk around with a towel just to clean up someone else’s spit.

#10 Acting like they’re your best friend. This is something I’ve experienced a LOT and it’s SUPER irritating. If you don’t know someone well and they try to act like your best friend, it’s irritating. Usually, people who do this get too close, they talk to you about way too personal of things, and they try to insert themselves into your life – usually by inviting themselves to your events. No thanks.

#11 Being super fake. Being fake will get you nowhere and yet, people seem to think it’ll move them higher up in the world. So many people act fake toward you like you’re not going to notice. But the thing is, it’s super obvious. Who wants someone acting nice to them only to talk crap about them behind their back? No one. [Read: 14 ways to instantly recognize fake people and stay away]

#12 Using a phone in a movie theater. Need I say more? This is so obviously rude and disrespectful to those who paid to see a great movie. Quit shining that bright light and distracting everyone!

#13 When they’re taking too long to tell a story. I’m all for a great story – if it’s told well. There are some people out there who are the worst storytellers ever. They take so long to tell a story and they only put in the unnecessary, boring details. This is definitely one of the things people hate most.

#14 Excessive whistling. I know how fun whistling is and how it can help you be productive, but it’s super annoying to other people. People hear that and just want to claw their eyes out! It’s way too irritating. Keep the whistling inside your head – nobody wants to hear it.

#15 Picking scabs/popping zits in public. If you think nobody is looking, there’s always someone who is. And it is disgusting to see. First of all, you should never pick scabs. They’re nature’s Band-Aid and they prevent scarring if you leave them alone to heal. Popping your zits in public should just never be a thing. It’s so gross and it’s one of the things people hate the most.

[Read: 8 ways to stop being boring and annoying around people]

We can’t help what other people do when they’re around us. All we can do is complain and relate to one another’s struggle with things people hate about other people.