Living with Someone – What Works And What Doesn’t!

Though society is now more open to couples living together before marriage, that doesn’t mean moving in together will work for everyone! 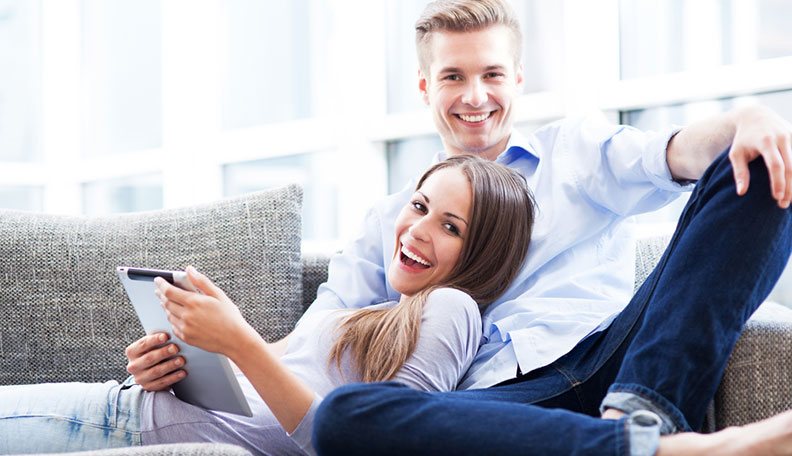 So a friend of mine visits me today. She thinks she’s in love, and the man she’s in love with means the world to her. I don’t disagree. Of course, many of us have felt the same at some point in our lives. The concern arises when they want to move in together. Is it a good idea? Is it time? My friend, like many of you, asked me the same questions – what works and what doesn’t when it comes to live-in relationships?

Live-in relationships: How it all began

You must be thinking, “Wait, what? A lecture?!” No, trust me that’s the last thing I have on my mind! I’m just going to tell you a small story, an interesting and a short one!

In the 16th century, there were some couples who weren’t married but wanted to live together to enjoy their privacy, in an effort to determine whether they’re “made for each other.” Because at that time living together wasn’t so widely accepted, some were taken to court by the orthodox types, claiming that it was against the nature.

Surprisingly, between the 70s and the 90s, the number of couples living together increased from 523,000 to nearly 3 million, and by 2011, it went up to 7.5 million. Moral of the story? It’s not weird to cohabit – a Latin term for dwelling together. It’s not a bad idea if you know what you’re really in for.

Great reasons to move in together

My friend asked me what she should consider before moving in with her boyfriend. The answer is pretty simple, actually. Before you find out what works, ask yourself how you would feel being around your partner 24/7, 365 days a week.

Do you like the idea? Of course, if both of you are working, you’ll hardly get to see each other, but you get the point. But that’s not the only thing to consider before you make your decision. There’s more to moving in together.

#1 You’re dating, but not ready to marry yet. There are times when couples feel that they need to “test drive” their relationships before the life-long commitment. According to them, moving in together is a great idea, because without being legally married, they get to live the married life, do what married couples do, and still have the ability to pull the plug on their relationship without any legal consequences. [Read: Live-in romance – Are you ready to move in?]

#2 You’re recently divorced with no kids, and you’re not yet ready to marry. The case here is different, because as the heading states, you might have been out of a relationship, maybe recently, and you certainly don’t want to get your feet hot just yet.

A lot of people with kids think that a live-in relationship is not for them, because they think they’d be doing injustice to both their children and their new partner. But if the heading sounds familiar to you, living together is a good idea. You get to test the waters before committing, and you would want to do that to avoid another disaster.

#3 You work well together when you’re dealing with stressful situations. You might be confused, but let me explain. There are times when the relationship we’re in isn’t necessarily intimate – “We’re just friends without benefits, and we work together.” Or “We’ve just begun liking each other, but it’s nothing serious!” or “We’ve both suffered quite a bit in our past relationships, and we find comfort in being with each other, but we’re not intimate.”

If this sounds familiar, moving in is a good idea. Why? If you’re able to work together, through rough patches and good times, the amount of stress decreases, giving you more time to concentrate on what you want to do, with or without each other. Think of it as being roomies: there’s no pressure to be committed to each other.

#4 You have similar interests and careers. Aside from getting along in terms of your interests, you also work in the same field. Living under the same roof can help you both enhance your careers, as you’ll always be interacting with someone who may have a lot to teach you about the industry you work in.

There’s no need to be romantically involved with each other. In fact, things may be strictly platonic. But living with someone who’s so similar to you may be more convenient than living with a romantic partner whom you have very little in common with.

#5 Older couples hitting their golden years. There are times when people hit their golden years and they start to feel lonely. Sometimes, they’re alone, depressed and in need of company, but they’re still able to fend for themselves. Instead of opting for a home for the elderly, they opt to move in with a partner, and live together, sharing all the happiness, love and to some extent, intimacy. This isn’t a bad idea!

Common but awful reasons to move in together

After telling her what works, my friend was anxious to know what doesn’t work, because so many couples just dive into the same home for the wrong reasons! A lot of times, we’re desperate, not to be intimate, but to escape the daily stress – for example, my friend is constantly badgered about marriage by her family. So she wanted to move in with her partner to determine whether he’s the right one! This, my friends, is a recipe for disaster. And here are a couple of other recipes:

#1 You want to check if you’re compatible for marriage. That’s like saying we’re getting pregnant to see what parenting feels like! If you move in only to determine marriage compatibility, you’ll both be sorry in just a few months, because then the goal isn’t to be happy – the goal is to prove to each other on a regular basis that your plans to marry are justified.

Instead of just enjoying each other’s company and working on your relationship, you’ll end up keeping tabs on the things that prove or disprove the notion that you’re ready for marriage. [Read: 14 tips to make living together before marriage work for you]

#2 Being in love, but having different goals. If you put two people with different goals and ambitions under one roof, you’ll soon hear quarrels and fights. Sure, maybe the sex is great and they make up after each fight, but in the long run, they’ll just wear each other down through the constant conflicts. They can never get along, no matter how deep in a relationship they are.

#3 A couple where one partner doesn’t want to get married. It’s already a dead giveaway if you have conflicting views on marriage. Sadly, those who want to get married try to get their partner to try the next best thing, which is moving in together, in the hope that living together will change their marriage-phobic partner’s mind.

Sure, the other partner may change their views on marriage after living together. But if they don’t, the one who wants to get married may start to feel like moving in together was just a waste of time.
[Read: 10 tips to make living together work for you]

While every couple has different reasons to consider moving in together, it’s best to know the different possibilities and consequences of making this huge life change. It’s better to take your time and make the move for all the right reasons, than to rush into it for the wrong ones, and end up with regret.

Lakeisha Ethans
They say life is a roller coaster ride, so I’m here, trying my bit (virtually of course) to make your ride worthwhile. Ups and downs are inevitable, but how y...
Follow Lakeisha on Facebook
Pin It Tweet Share