Girls would survive much easier with an established form of rules on how to treat one another. And here are 20 girl code rules to do just that! 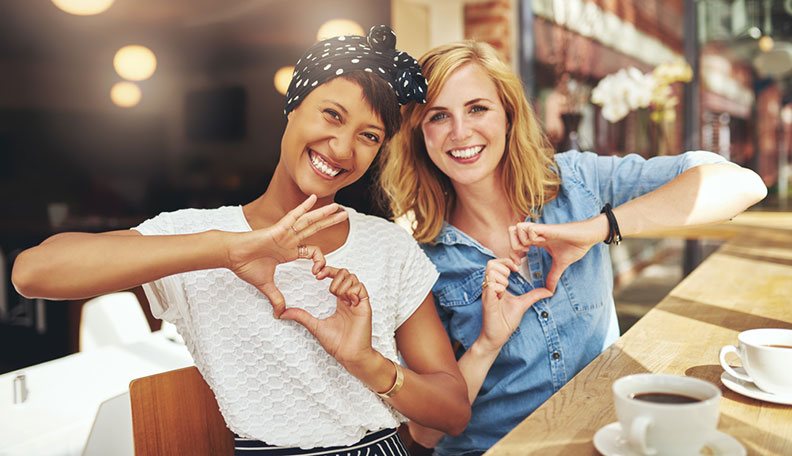 We have all heard about the “guy code,” which really can sometimes disgust us, but rarely do we speak about a “girl code.” Why is that?

Likely it is because not many of us live by the same rules. Girls can be very vicious, vindictive and hurtful creatures. If you want to have friends and be a friend, there are certain things that you have to do to create honesty, stave away competition, and set standards for yourself and those you associate with.

Girl code rules all girls need to live by

To live a life that isn’t bogged down by girl drama, make a vow to follow these 20 most crucial girl code rules.

#1 Don’t talk badly about others. Women can be like a pack of wolves. All someone has to do is bring up someone that isn’t there, and suddenly everyone is ravaging them, tearing them apart, and spilling secrets that they vowed they wouldn’t.

The rule to live by is that if someone is talking badly about someone else to you, they are talking badly about you to someone else. If you choose not to join in and don’t say anything bad, it will never come back to bite you in the ass. As hard as it is to do, ignore it and move along instead of joining in. Guaranteed, you will feel better about yourself if you make the choice not to talk negatively. [Read: How to be a woman who awes her man and everyone else around her]

#2 Bless your heart is a not a license to gossip. In the South, there is a phrase everyone uses, “bless her heart.” For those who don’t know, it is code for “what I am going to say is not going to be nice and I shouldn’t say it.” It is along the same line as “I am only telling you because I am worried.”

If you really are just worried, then talk to that person directly and help them. Gossiping is ugly no matter what guise you put it under. Don’t excuse your own bad behavior by making it sound like you are just trying to be kind.

#3 Drop the jealousy. Most of the time when we are nasty to each other, it is because we are jealous. No one likes to watch another girl excel or steal all the attention, but it isn’t their fault. Making up rumors, talking about her, or trying to knock her down a notch, is not going to benefit you or boost you in any way.

#4 If you have a problem with “a,” talk to “a” about it. Women are notorious for going behind each other’s back when they are upset. If someone upsets you, don’t turn to another friend to try to make an alliance by getting them on your side, work it out with the person who hurt your feelings.

Nothing good comes from trying to settle the score by teaming. What happens is that she gets someone on her side, then you get another, and before you know it, there is a big rift. If she said that she didn’t like your dress, either deal with it, or simply say “that was shitty.”

#5 It isn’t a competition. Not everything between women has to be a competition. If one of your friends is better at something than you, let her have it. We all have our strengths and weaknesses; it doesn’t demean you to compliment another person.

In fact, it makes you mature enough to acknowledge that someone is better than you. Likely, if you make someone feel good about themselves and congratulate them on a job well done, they will do the same back at you. [Read: 15 suggestions to be genuinely nice and make people love you for who you are]

#6 Be true. Try to be honest with others and yourself. If you find that you are upset with another girl, look inside yourself to find what the real issue is. Don’t resort to playing games, avoiding them, or saying “nothing” if they ask you what is wrong.

Just be true to your friendship and yourself and say what is on your mind. A friend is someone who can have thick shoulders when they need to, apologize when they should, or defend their actions when they didn’t mean to offend you. They can’t ever make the situation right if you stew about it and never give them a chance.

#7 Don’t go after someone else’s guy. Need I say more? If you know someone is attached, even if they are on shaky ground, steer clear. Live by the “I wouldn’t want it done to me” phrase and you can’t ever go wrong.

#8 Stop targeting people. Projection is a psychological term that means we project onto others what we either don’t like about ourselves or the problems that we have that we don’t want to face. If you have unresolved anger over something, don’t use someone as the target of your jealousy, your anger, or your feelings of insecurity.
It is not unusual for a girl who is feeling fat to target a girl who is beautiful and skinny. Again, it doesn’t boost you up to push someone else down; it only takes you both down a notch. [Read: 8 very effective ways to calmly deal with a jealous friend]

#9 Don’t text another girl’s man. Enough said, if he is not your guy, you should not be blowing up his phone. Let’s be real; it is very rare that a girl and a guy are nothing more than friends, or don’t have feelings for one another. He has tons of friends, and so do you, don’t cause trouble in his relationship or cause his girlfriend to feel insecure. [Read: Flirty friends and why girls hate their man’s gal friends]

If you continually have to be the focus, you will find that people will want to be around you less and less. Share the spotlight; hogging it isn’t worth it. You don’t need the attention of others to feel good about yourself. [Read: 16 attention whore signs to watch out for]

Often, women think that if someone didn’t say it was a secret or not to say anything, it is a license to spread it to just one or two friends. We all know where that leads. If someone puts their faith in you to tell you something personal, embarrassing or secretive about themselves or their life, keep it to yourself!

#13 Defend your friends. If you hear someone talking about a friend of yours, not only is it your duty not to join in, it is your obligation to defend her. You would want someone in your corner when you are not there, wouldn’t you?
Sometimes, standing up and saying “quit it”, or correcting the record are very difficult things, but in the end, you will feel much better about yourself and won’t wrongly be quoted, associated, or called out for not saying something when you had the chance.

You can be a good friend and allow someone to vent; the key is to stay above it all and not insert your opinion or yourself into the situation. Remember, you only hear one side. If you give your two cents, and they make up, the other person will likely hear what you said, and it is going to end up in a whole mess of trouble.

There are times when people will create drama between two women just to stir the pot, don’t allow them. If someone has something to say about you and it isn’t true, take comfort in being the better person. [Read: 12 ways to stop negative people from sapping your energy]

#16 Don’t scheme. Women are notorious schemers. In fact, there are times when we lay in bed at night thinking about how we are going to get back at someone, or what we are going to do to combat an adversary.

If you don’t learn to let things go, or just let them sit and stew, you are not only wasting a whole lot of energy; you are being a person you don’t want to be. If someone hurt your feelings, you have two choices, confront them, or let it go; revenge is rarely the answer.

#17 Stay away from social media drama. Snapchat, Instagram, Facebook, whatever it is that you are using, don’t involve yourself or be the instigator of drama on social media sites, period. Choose to keep your nose clean by not thumbing up, commenting, or even acknowledging something that would hurt someone’s feelings or isn’t favorable to other people in your life.

#18 Play with the boys. When in doubt, play with the boys. Boys are much easier going, they really don’t say anything behind each other’s back that they won’t say to their face, and if they have a problem with you *which they probably won’t ever*, they aren’t going to bad talk you.

#19 Like yourself. If you like yourself, then you won’t worry so much about what everyone else is doing or what someone else is saying about you. If you are true to yourself and true to the people in your life, then what others do and have to say can’t hurt you. It is only when someone can target our insecurities that we can be hurt. Love yourself and don’t give a shit what anyone else thinks.

#20 Focus on you. Don’t waste the energy worrying about what Britney did last Friday night, what do you care? If something doesn’t affect you, choose not to care. If you focus on yourself, what you are doing and how you feel, then nothing negative around you can touch you. It all just becomes noise to be ignored.

Okay, so these girl code rules may not the the typical conversation you can have with your girl friends, but they are *secret and awkward* rules that all girls need to learn and live by, so all of us can get along in the girl world. Don’t let yourself be sucked in. Remember that it only takes one bad seed to take an entire forest down.

If one day you are talking about someone else, chances are good that the next day you will be talked about. And no one wins in this cycle. On the other hand, if you remember and follow these girl code rules, you’ll see just how beautiful life and friendships can really be.