5 Most Important Signs of Relationship Compatibility 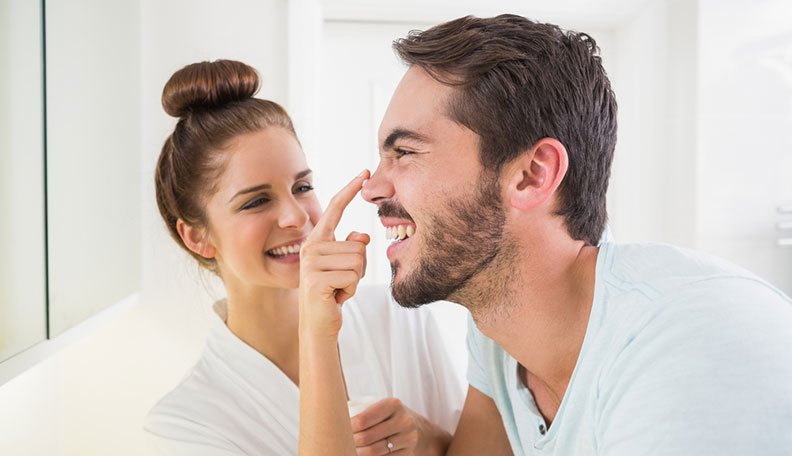 Found the perfect catch, and wondering if they’re the one? Read on to identify the signs of compatibility that point to future relationship bliss.

There comes a time in every diva or stud’s life when they must put down their tools of trade, put on their sensible heads, and think about giving up their flirtatious lifestyle in favor of a proper relationship. However, assessing a partner’s long-term suitability is far more difficult than assessing how many points they score on the eye candy scale.

What’s hot and what’s not

On a typical night out, especially when the vino’s been flowing and people aren’t acting their usual selves, it can be quite easy to end up falling for someone who seems like the perfect choice for a life partner. However, the next time you meet, with the situation back to normality, they may be completely different in character. In that case, it will either be apparent that there is no match there at all or, more confusingly, the match is there, but just not quite to the extent that you previously thought.

Whether having met on a night out, through friends, or whatever other situation, there are certain signs of compatibility that place a definite tick in the box of whoever it is that you’re trying to address the suitability of. The following list outlines five of the most important signs.

#1 A sense of humor. So important this one, and much underrated. You could have the most attractive, erudite, intelligent, well-to-do, and driven partner on the planet earth, but if you find yourself at home having about as much fun as an undertaker with an embarrassing rash, then you’ve obviously missed out on a key relationship ingredient: humor.

Interestingly, both sexes cite humor as one of the most attractive qualities in a potential partner. And there’s a good reason for this. The fact is that life isn’t a bed of roses, no matter what your personal situation, and it frequently throws up tough times to test even the steeliest resolve.

At such times, a good sense of humor and a positive outlook is often the most effective tool we have in restoring psychological order, and in dealing with the relevant issues. Having a partner who can lift your mood is an invaluable addition to the whole relationship package. [Read: 12 types of humor and how they affect your relationship]

#2 Sexual compatibility. This isn’t an easy sign to discern early on, unless you have the scruples of a gutter rat! However, there will come a point during the relationship where it will become physical, and then you’ll be able to see where exactly you both are on the sexual spectrum. And there are three sides to this particular spectrum: quantity, quality and quirkiness.

The first relates to the frequency of sex that each in the couple prefers. Some are once-a-week love makers, others are thrice nightly thrillers. If sex drives aren’t compatible, this may cause issues down the line. Quality is fairly self-explanatory, referring to whether someone is a wham-bam-thank-you-ma’am kind of person, or a careful and considerate lover. Quirkiness refers to how adventurous each of the individuals are, whether a strictly one or two position love maker or an all-out sexual cavalier.

Now, sex isn’t everything, it’s true, but for some people it’s very important. It brings couples closer together, releases tension, and affirms other less physical parts of the relationship. If any of the three Qs mentioned above mismatch, then it could spell trouble.

So if you’re having to book yourself into next year’s diary for your next sex session, or are having to go missionary with the lights off when you’d prefer to be screaming out loud and hanging off the chandeliers, then the signs really aren’t very good. [Read: How to create sexual chemistry and make it stay]

#3 Shared interests. Having shared interests isn’t always a good thing. Depending upon how much personal space each individual in the relationship requires *and some do need a lot more than others* a shared interest could be just another situation from which they can’t escape.

However, a shared interest is usually considered a good thing. It allows a first foot into conversation at the earlier stages of the relationship, and provides an area that can always be dipped into, should the conversation ever fail. It also gives you a solid basis from which to build a relationship that extends beyond the short-term borders of the typical date, especially if it’s something that requires a certain amount of time and preparation.

Most importantly though, it provides a platform from which to keep developing your relationship in later years, and in avoiding the pitfalls of couch potato syndrome.

#4 Aspirations. There is a massive issue that many couples experience relating to the last sentence of the previous point – the couch potato syndrome. The fact is, when they get into the routine of being together, some couples simply come to a stop. If both are happy with this, then actually, there is an element of compatibility there that needs no further comment upon.

It is more the case, however, that this syndrome comes into being through the inactions of just one of the couple, and this is where the problems start. It is important early on to have some idea of your potential partner’s life aspirations.

Do they want to climb the African peaks, or are they happy climbing the stairs to bed on an evening? Do they want to progress their career at any cost, or are they happy sitting at the back of the office holding up a tower of pointless paperwork? Do they have their eyes on a large ten-bedroom mansion in an up and coming neighborhood, or have they never looked beyond their mother’s basement?

Whatever their life goals may be, if their aspirations don’t match your own, then one of you will probably just get left behind. [Read: What every couple needs to talk about to have a happy relationship]

#5 Cultural considerations. This last point covers so much ground. If someone comes from the same social background, is of the same nationality, same religion, etc., they obviously have a compatibility heads up on other dissimilar couples. On the other hand, we’re all quite familiar with the saying “opposites attract,” and there are also many people who would like to move onwards and upwards out of their current constrictive circumstance.

The important thing to remember in the latter case, then, is to get a clear understanding of the difference, which you can usually do online, and then make sure you’re happy with how they may affect your relationship. If you’re not happy with following some particular belief or practice now, even after trying to make an effort to understand it, then you probably never will. It may even become a point of contention and resentment.

If, however, you are happy with such particularities, and your respective ethical approaches are fairly similar, then your compatibility levels should be very strong indeed. [Read: 10 important FYIs for dating someone from another culture]

Having a clear understanding of the signs of relationship compatibility can help ensure that you make the right choice when it comes to settling down with a potential lifetime partner. Not every box has to be ticked, but do make sure you’re fine with those few missing ticks.

Philip Hegarty
Currently reclining with a peaceful and contented smile upon his face, with perhaps just a hint of mystery and steely resolve, Philip Hegarty has an obviously i...
Follow Philip on Twitter

Sexual Transmutation: How to Use It to Harness Your Sexual Energy

150+ Deep Relationship Questions Every Couple MUST Ask Each Other