If you think you need ginormous muscles to be an alpha male, then you’ve got it all wrong. Here’s how you can be manly without being a jerk. 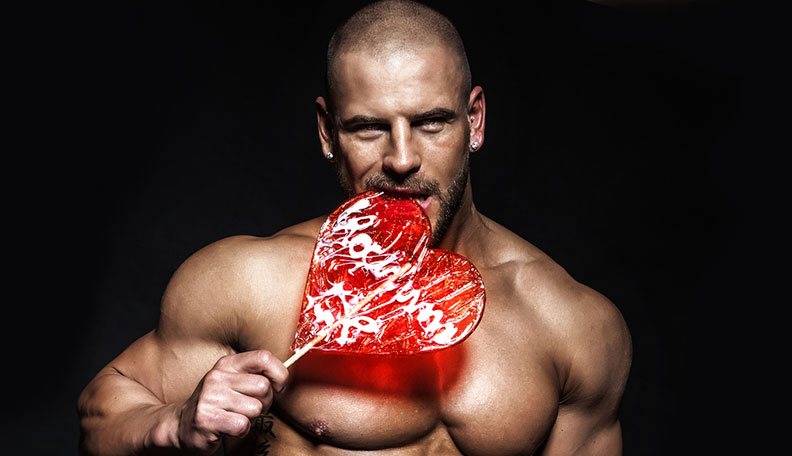 Aggression gets the ladies and nice guys finish last. A true statement? Hardly. Women like a man who has a masculine charm and knows how to use it. Unfortunately, instead of venturing down the extremely sexy path of emotionally strong and respectable males, the modern day depiction of a manly man ends up walking down the frat boy path of douche-baggery.

The depiction of manliness depends on the eye of the beholder. Some view manliness in terms of how many bench presses one can do, while others feel it’s more about responsibility and confidence. So what really does make a man?

To many, manliness can be summed up with the examples of the alpha male and the wimp. The alpha male is great at sports, he sleeps with a lot of women, he dominates physically, and he maintains a masculine social status. The wimp is considered the opposite end of the spectrum. He’s considered more feminine in brain function, not a fan of tossing the ball around, and he’s easygoing. These are considered the “beta” males.

If you’re not into frat parties, lifting weights, or guzzling booze to fulfill your manly quota for the month, then you may be wondering exactly how to go about showing off your masculine charms. Here’s both a list of ways you’re doing it wrong, and ways to be masculine without scaring off all the ladies.

Being Manly: Doing it the WRONG Way

There is a right way and a wrong way to show off your manly attributes. One has you coming off like a dreamboat, and the other makes you look like a dick. Here are some examples of aggressive and annoying attempts to show how much of a man you are.

#1 Fighting everything. Yes, you’re a man and yes, you have testosterone, but you’re not impressing anybody by picking a fight with every other person with a penis who walks your way. Bar fighting is not only dangerous, it’s douchey.

A friend once consistently told our group how much he loved muscles and Pamela Anderson. The truth? He ended up being very, very gay. So don’t try too hard to come off as masculine or it may have the opposite desired effect!

[Read: Top 9 ways guys get rejected by the women they want]

Being manly: The RIGHT way

Once you’ve pinpointed the things that make you more of a jerk than a real man, here are ways you can assert your manliness without coming off as the biggest douche canoe in existence.

Men also know that women can be… well, kind of crazy sometimes. Real men take mood swings with a grain of salt and a mature understanding of the universally unfair side-effects of PMS. [Read: 10 ways to make her feel better when she’s on her period]

#2 Confidence is key. Not only is confidence totally sexy in guys *NOTE: confidence does not mean arrogant*, but it’s a definite sign of manliness. A confident man knows what he wants and knows how to get it done. He shows pride in himself, shows determination, decisiveness, and it shows that he has a strong mind and body.

#3 Be a leader, not a follower. A real man marches to his own path. That should never mean that he disregards others for the sake of being rebellious. Instead, he doesn’t give in to pressure from others and never lets a crowd make a decision for him. Leadership = sexy and masculine? Ding, ding, ding! [Read: 12 tips to transform you from a nice guy to real man]

#4 Make her come with mind-blowing sex. There’s no denying that great sex makes men feel manly, but if you want to feel like a King, then you’ll have to make your woman come first. It’s true, many men feel intensely masculine after making their women come.

Most women need a little more time and attention to orgasm than a man does, making their big O a bit of a challenge, and men love a challenge. After you’ve made your girl orgasm, you may find you’re not the only one patting yourself on the back! [Read: 11 sexy ways to get better in bed]

#5 Use that protective instinct. We’re not talking being protective over your lover, or showing off that snappy jealous rage. Showing a genuine protective nature over your loved ones, or strangers who are being wronged or bullied somehow not only shows your love of what’s right, but it shows you’re a caring, strong and manly kind of fella.

#7 Bro it out. Even if your girlfriend happens to be your best friend, there’s no doubt that men need time with the boys to get back to basics. Have a bro night, no girls allowed. Play video games, watch sports, plan a camping trip, head out on your motorcycles, talk politics, indulge in your geeky side, and all things macho. This is a fun and healthy way to get out all that manliness.

[Read: 13 rules of etiquette for the modern gentleman]

Unlike stereotypes would have you believe, manliness has less to do with fights and muscles, and has more to do with being confident and responsible! Embrace what it means to be a real man and do so with charm, tact, and respect for others in the process to save yourself from the jerk-alert stamp.