Even though you broke up, all those messy feelings tend to remain. How do you know when it’s really over? These are the signs your ex has moved on. 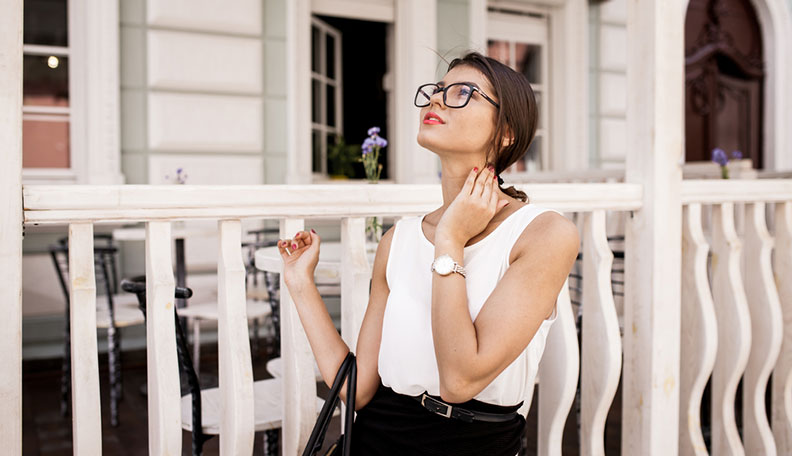 Just because you broke up, it doesn’t mean things are over. You can dwell in pain and even pine for your ex for weeks or even months after a breakup. But, if you saw the signs your ex has moved on, you might be able to move on quicker yourself.

Knowing your ex isn’t holding on can motivate you to move forward and let go. If you’re unsure about their feelings, it can hold you back.

Of course, you can’t text your ex to ask if they’ve moved on without seeming desperate or needy. So, instead, learn to spot the signs your ex has moved on. Then move on yourself. [Read: The songs you need to help you move on from your lost love]

How to spot the signs your ex has moved on

Without straight out asking your ex if they’ve moved on, it is actually pretty easy to figure out if they have or not. All you need is a good eye and some social media sleuthing skills.

By using every tool at your exposure, you can spot the signs your ex has moved on quickly and without too much work. You can look to social media to determine your ex’s current standing. Just with a simple scroll through a feed, you deduce whether they are still hanging onto your relationship or not.

[Read: How to stalk on social media and find just what you are looking for]

On top of social media, mutual friends are a great information source. Now, you don’t want to force your friends to choose sides, but by simply asking how they’re doing, you can learn a lot.

Also, look at your interactions to figure out if your ex has moved on. How do they speak to you? What is it like if you run into them or go to get your sweatshirt back from their place?

Keep your eyes open and alert to any signs your ex has moved on.

10 signs your ex has moved on

Now that you know where to look for the signs your ex has moved on, learn what those signs actually are.

Some are pretty obvious. Others can be subtle and harder to spot or properly analyze, so pay attention. In no time at all, you can know for sure whether or not your ex has moved on.

#1 Things were off before the breakup. Breakups are not always mutual, and if your ex broke up with you after a few weeks or even months of weirdness, chances are they were over you before the actual breakup.

This is a major sign your ex has moved on. Relationships last longer than they should because people can’t actually do the dumping until they are completely fed up with their situation. If things felt off before they became your ex, their feelings are way off now. [Read: The subtle signs your ex misses you after you breakup]

#2 They don’t message you. An ex that doesn’t reach out at all is over you, or at the very least close to it. If someone is over you, they don’t need to reach out to reminisce or follow-up or check in.

If you never hear from your ex, they are most likely over you.

#3 They don’t reply to your messages. Now, if your ex goes beyond not reaching out to avoiding your messages, they are most definitely over you. An ex with feelings will always reply to you. But, if you reach out to see how they are, even as a friend, and they don’t answer, it is totally over for them. [Read: 12 reasons why the no contact rule always works]

#5 They deleted your couple photos. This can go either way. Usually, when your ex removes all traces of you from their timeline, it is because they are over it. They want zero reminders. They may even want to start dating and don’t want potential partners seeing all your cute pictures. [Read: Psychology behind deleting photos of an ex – What it says about you]

#6 They cut all ties. It is hard to cut out all forms of communication with someone these days. If your ex unfriends you, blocks you, and even removed themselves from mutual groups, they are definitely over you.

Sure, they may want to remove all temptation, but if they aren’t fully over you yet, this will do the trick.

#7 They want you to move on. An ex that pushes you to get back out there is definitely over you. I’ve had exes mock new boyfriends or criticize everything about them because they didn’t want me moving on.

But, when my ex wouldn’t move on, I encouraged him to go on dates even if it just occupied his mind. Someone still hung up on their ex wouldn’t do that.

#8 They’re seeing other people. If your ex is already dating someone new or out on the town, they have moved on or trying to. An ex that is pining over you will have trouble meeting new people.

But, when your ex is engaged in a new relationship or flirtation, they’ve moved on.

#9 They are cold. I don’t mean temperature-wise but to you. If you interact with your ex after the breakup and they are polite, yet emotionless, they have moved on. When an ex has moved on, they won’t reminisce or be bitter, they will treat you like a colleague.

#10 They don’t try to look over you. A telltale sign someone hasn’t moved on is trying too hard to make it seem like they are. If your ex doesn’t care about what you see them posting online or if they are living it up, they’ve moved on. [Read: 30 steps to take to help you make it through a breakup]

5 signs your ex is still hung up on you

If you have noticed these signs that your ex has moved on, it is time for you to move on too, but if you haven’t you may want to look for signs that your ex is still hung up on you. From there, make it clear to them that you have moved on or maybe rekindle an old flame.

#1 They like your social media posts. An ex still holding out hope or hasn’t totally shut the door on you will keep their foot in the door. They may not reach out in a straightforward manner, but they will keep up with you online. There is a sense of attendance in your life.

#2 They want to keep in touch. Sure, some exes can stay friends, but usually not right away. If your ex never took a step back and always wanted to talk daily, it is probably because they are still hung up on you.

Someone who has moved on wouldn’t need constant communication. [Read: 15 reasons why your ex still texts you and stays in touch]

#3 They bring up the good old days. Ever bump into an ex? I have. It is awkward. But I usually interact with some small talk and part ways. If your ex talks about memories or makes plans, they are not over you.

#4 They go where you are. An ex that is still hung up on you will try to show up where you might be. They may go to your favorite restaurants or even hang around your neighborhood hoping to run into you. Yes, this is near-stalker behavior. It is definitely something you should shut down if you possible. [Read: Is it possible to remain as friends after a breakup?]

#5 They keep up with your dating life. And ex that has moved on doesn’t care if you have moved on. But, an ex that still has feelings will want to know if you’re seeing someone new. They may ask you about your relationship status or try to get that information from your friends.

[Read: How to help your ex move on and help you both find peace]

So, have you seen the signs your ex has moved on? Or is your ex is still hoping to win you back?