Breakups aren’t easy if you get stuck between reconciliation and ending it. What do the signs your ex is confused mean for you and your relationship? 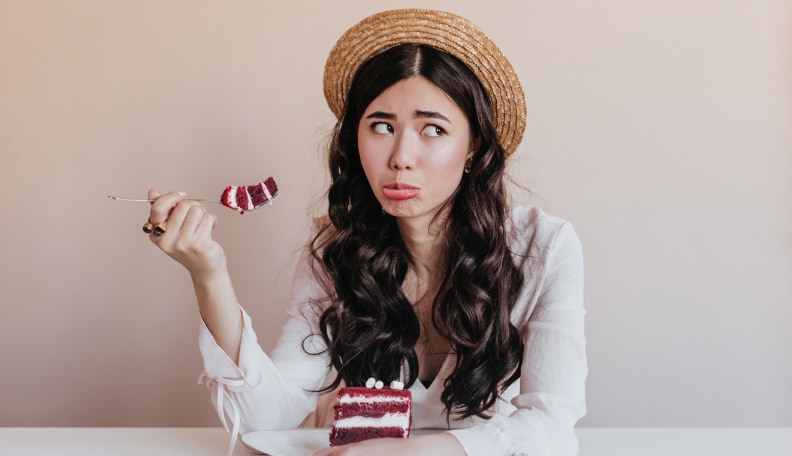 Breakups are like medication, they may take a while to take effect. So if your ex is telling you they want you back, don’t rush into it. First, consider how your life has changed since the breakup. Second, check for signs that your ex may be confused.

Breakups cause emotional damage and turmoil, even if they are for the best. It can leave both parties feeling lonely, confused, and wanting to go back to something familiar. But that doesn’t make it a good idea.

During the breakup process, it makes you think about your ex in a different light and maybe even reconsider the relationship. But don’t be fooled, they could just be conflicted about what they want, which will only hurt you more. [Read: The sure signs you should get back together with your ex]

Before doing anything, check for signs that your ex may be confused. If they don’t know what they want, the temptation to re-enter a relationship with them is akin to hitting snooze on your morning alarm. Eventually, you are going to have to wake up, and delaying it only makes it worse

On again off again relationships are toxic and exhausting. Contrary to popular belief, closure is achieved by time apart from your ex— not time together.

If the breakup did not solve the relationship, a reconciliation won’t either. Especially if you do not find out why your ex is confused about what they want in the relationship.

To avoid this kind of heartache, read on for signs that your ex may be confused about what they want or don’t want from you.

1. Listen to your gut instinct

When it comes to your ex being confused, trust your instinct. Don’t ignore feelings of discomfort, anger or confusion. Your body knows when something isn’t right, and going against this instinct can spell disaster.

Even if your ex says all the right things, you cannot deny what you know in your heart. If what they’re saying and doing isn’t making you feel good, then it’s not for you. [Read: 10 stages of a break up that everyone has to go through]

If your post-breakup relationship is like a roller coaster, take that as a sign that your ex is confused. One minute they are professing their love to you and asking to get back together, the next you are stonewalled and can’t even get a text back. [Read: Kissed your ex or made out with them? What it means and what to do next]

There are a lot of potential reasons for this hot and cold behavior. Maybe they have found someone else but want to keep you as a backup option. Maybe they genuinely cannot decide where they want the relationship to go.

Either way, they’re clearly confused with how they’re feeling about the breakup. That’s fine for them, but dragging you through it too is unfair.

3. They mention how much they’ve invested in you

A good sign your ex doesn’t know what they want is them bringing up what they have invested in the relationship. For some, this could be seen as a positive, a kind of “look how far we’ve come, don’t throw it all away” moment.

But for others, this kind of “score keeping” is a control tactic, trying to convince a partner to stay in a relationship only because they’ve been in it for so long.

The belief that you need to stay in a bad situation only because you’ve already stayed in it so long is called “the sunken cost fallacy.”

It doesn’t matter if the relationship was 2 years old or 10, if it didn’t work, it didn’t work. Trying to balance the scales of time and investment gone is a sign that your ex is confused, and trying to make logical sense out of illogical feelings. It’s also a sign that this relationship is likely over. [Read: The questions to ask after your breakup for healing and closure]

The ex who dumped you might be angry because they think you are moving on too early. Perhaps they realized too late what a mistake they made and are angry at a refusal to reconcile.

Whatever the reason, anger is a scary sign of confusion from your ex, and one that you should consider a warning.

That may seem flattering, but it doesn’t mean you should get back together. In fact, an angry ex more likely means you made the right choice in ending the relationship. [Read: Relieved after breaking up? 20 signs you’ve made the right decision!]

5. They pick the parts of the relationship they want to keep post breakup

Does your ex want to cherry-pick your relationship? Keeping aspects that they enjoy, such as your support or sexual intimacy, and throwing out everything else?

Does your ex want to act like you are still dating, but recoil when you mention getting back together? Do you find they won’t even bring up the reason why you broke up?

6. They tell you they want you back, but don’t act like it

Your ex may say they want to reconcile, but when it comes time to commit they don’t jump right in. This is a sign that your ex is confused and unsure about the relationship.

They may not actually want you back, but just want to see if they could get you back. Remember, don’t make anyone a priority who sees you as an option.[Read: 15 subtle signs your ex really wants you back but they don’t want to accept it]

7. They make up reasons to talk to you

Your ex always has an excuse to talk to you. Even though they don’t directly bring up getting back together, they focus on talking about memories or things you like.

It is a way to try to keep the relationship alive, and to keep them on the forefront of your mind, without any kind of real commitment or action.

Nothing douses the fire of reconciliation like your ex sleeping with someone else. At worst, it shows that they don’t take you seriously or they want to keep you around as a backup option. At best, it is a sign that your ex is seriously confused about what they want in the relationship.

The reality is that if they really wanted to be with you, they wouldn’t be dating other people too. [Read: Sleeping with an ex you still love – What you really must hear]

The golden rule of dating is that if they like you and want to be with, you’ll know. And if they don’t, you’ll be confused.

Sending mixed messages is a sign that your ex is confused and maybe even manipulative. One day they’ll drop subtle hints about wanting to get back together with you, but then the next day they mention wanting to move on. Every day, it’s something different.

The messages you get aren’t clear, if anything, you’re more confused now than you’ve ever been. Well, if you’re confused, they’re confused, and it might be time to take a step back from the whole situation for everyone’s benefit.

10. They try to make you jealous

In addition to dating other people, your ex does their best to make you jealous. To your horror, it sometimes works.

When you confront them about what they’re doing, they play games. This kind of emotional manipulation only adds to the confusion of the breakup.

When someone is ready to move on, they move on. This generally involves cutting ties with their ex and starting over fresh with someone else.

Some people can be friends with their exes for sure, but that friendship usually blossoms some time after the relationship ends. Everyone needs time to heal and establish a life without their ex in it.

But your ex is still lingering around, liking your posts and chatting with you via text. Your ex refusing to drop communication is a sign your ex is confused about what they want. They likely want to keep the channel of communication open just in case there is a possibility of getting back together.

If you’ve ever had someone you loved lash out at you, you know how painful it is. When your ex reacts nastily to you, it is likely because they’re hurting. This isn’t an excuse for their actions. However, it shows you how confused and immature your ex is.

They don’t know how to handle their emotions, so they put their anger onto you. None of this behavior says to reconcile the relationship, more like run screaming in the other direction. [Read: Breakup talk – 25 tips to end a relationship without making it messy]

Does your ex treat you like an emergency hotline, only calling when they need something from you? This doesn’t have to necessarily be something as obvious as your ex needing money or a ride to the airport.

It can be more innocuous, like your ex calling you when they need an ego boost, or only when they have a bad day and need comforting. This can cause confusion, because if they’re still contacting you, maybe they’re still interested, right?

Even if they are interested, a relationship is a two-way street. If they’re only taking and you’re only giving, they have no reason to change the way things are and that is a terrible relationship to be in. [Read: Never make someone a priority when you’re only an option – The truth]

You break up with your ex, and you finally move on to start dating again. Suddenly your ex blows up your phone with proclamations of love and promises of reconciliation.

But when you’re single, then they’re not so interested. What gives? This kind of behavior is a common sign that your ex is confused. They aren’t interested in you enough to restart a relationship, but cannot stand the thought of you with someone else. [Read: Why it’s normal to feel strange when your ex dates someone new]

15. They tell you they’re confused

The easiest path is often the simplest: communication. The best way to find out what is going on is to confront your ex about their confusing behavior. By doing so, you have accomplished the easiest way to get to the bottom of the situation.

If you’re confused, talk to them about it and see how they feel. If your ex tells you they’re confused, you now know where they stand. And if they’re confused about their feelings for you, then they don’t want to be with you. They just don’t know how to move on.

[Read: How to help your ex move on and get over you for good]

Now that you know the signs your ex is confused, what do you think? Is your ex really confused or do they genuinely want to get back together with you?