Using Sex as a Bargaining Tool: Why it’s a Terrible Idea

They say that a man doing the dishes will put his partner in the mood for romance. Many women swear by it, but is it right to use sex as a commodity? 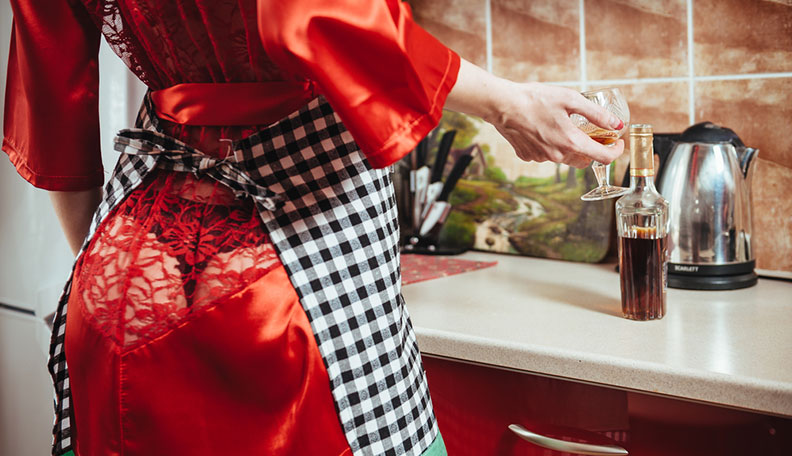 Several days ago, I overheard a conversation between a customer and her stylist at the hair salon that got me thinking about how couples view sex in a relationship. At the beginning of the conversation, it sounded as if the two women were discussing their children and their allowances. The customer said, “Unless Joe finishes all his chores, there’s no way he’s getting anything.” To which the stylist replied, “Well, I’m going to reward Sam with a blow job tonight if he gets the gutters cleaned out.”

Should sex be used as a bargaining chip?

The women I overheard obviously follow an age-old set of rules that, by today’s standards, are outdated and obsolete. Believing that whoever controls the sex in a relationship also holds all the power is off the mark; sex shouldn’t be withheld as a punishment or given as a reward.

Sex is one of the most important ways couples show love for one another. It’s a powerful experience within the confines of a committed relationship. However, there are times when it’s used as a means of controlling the behavior of the partner who wants sex. Is that really how an intimate and loving act should be used? Here are my thoughts.

#1 Withholding sex sends the wrong message. When you’re in a monogamous relationship, you are your partner’s only source of sexual activity and physical affection. Withholding sex as a punishment for behavior you don’t like sends the message that maybe they should look for sex elsewhere.

Think about it for a minute: couples use sexual intercourse as a way to connect with each other in a way they don’t connect with others. Therefore, sex is sacred in a committed relationship.

Most couples don’t share the same sex drive, but declaring you’re “not in the mood” simply because you want to punish your partner *rather than because you’re actually not feeling well or you’re tired*, is the same thing as using sex, or the lack thereof, as a weapon.

Now, don’t get me wrong. There are nights when you go to bed angry and making love is the furthest thing from your mind. That’s okay. It’s the act of continually withholding lovemaking until he’s a “good boy” or a “good girl” that amounts to emotional blackmail. [Read: 18 critical signs of an unhealthy relationship]

#2 Using sex as a reward becomes a way for spouses to dole out approval. When couples begin giving sexual favors as a reward for doing things, or because the other has been “good,” it starts to take away from sex as an act of love and turns it into an act of approval.

Instead of a shared experience between a loving couple, reward sex seems more one-sided. Sex should be more than just intercourse, especially in a committed relationship. It should encompass the sensual and spiritual side of us. When sex is given as a reward, it becomes less about passion and sharing between two people and more about the mechanics of the act to satisfy a “good” partner.

After analyzing data from the 7,002 couples who participated in the National Survey of Families and Households, the authors ultimately favored the idea that it’s not men helping out with household chores that leads to more sex. Instead, it’s men being masculine doing their chores and women being feminine doing their thing that leads to couples having more frequent fun in the bedroom.

It just goes to show that using sex as a reward system doesn’t necessarily reinforce the “good” behavior that leads to sex. It’s the fact that women are turned on by their men’s helpfulness and men are attracted to their woman’s femininity, leading to more frequent sex. Nowhere in those findings is sex used as a bargaining chip. [Read: 20 sexual problems in a relationship you can avoid]

A final note on sex and chores

It would be hypocritical of me to say I’ve never used sex as a means of getting what I want in my own marriage. I have. More than once.

I think everyone does it from time to time, especially when both spouses are super busy and no one has the time or energy to tend to everyday chores like doing the dishes or washing the laundry. I also think that, as women, we take on the bulk of the household chores, and get jealous when our significant other is sitting on the couch enjoying a movie on TV, while we’re on our hands and knees scrubbing the toilet.

It just makes sense once in a while to dangle that illicit thread over the head of your beloved in order to get a little “me time.” While he’s cooking supper, grab yourself a good book, and slip into a bubble bath. It’ll be just the rest you need to prepare for holding up your end of the bargain.

[Read: 12 signs you’re being selfish in a relationship]

Remember: if you do withhold sex as a punishment for inappropriate behavior, or you give sex as a reward for being “good,” do it sparingly. Continually using sex as a commodity could potentially weaken your relationship and diminish the intimacy and trust the two of you share.

Shawn Lehrke
Shawn Lehrke has been a freelance author for over 15 years. Her writing expertise spans a variety of niches, but her passion is creative writing. Shawn lives in...
Follow Shawn on Facebook
Pin It Tweet Share