Exhausted? 25 Big Reasons It Is Time to Say I’m Done

Being done is a feeling like you have tried everything possible, and then there comes a time when you have to stop trying to fix it and say I’m done. 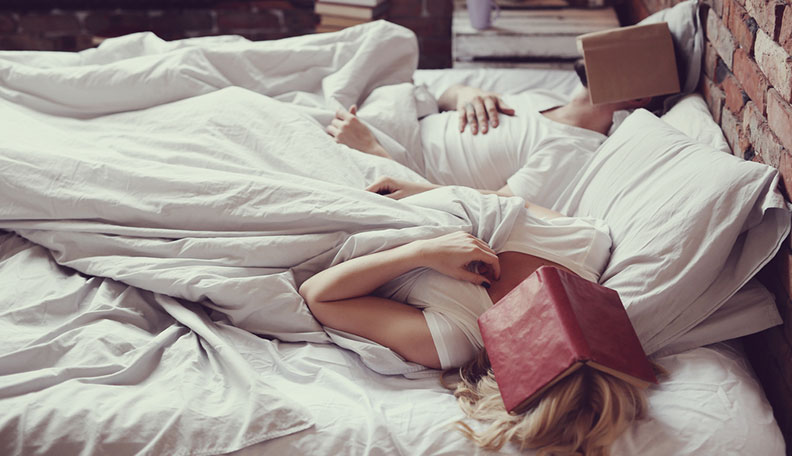 Have you ever had it? Like really, really had it? Finally, the only thing you come up with is, I’m done. To get to the point of saying you’re done, there are usually countless steps that have taken their toll. Until you wake up one day, and you no longer find yourself wanting to continue in a relationship that goes round and round with no end.
There comes a point where something is not repairable, but that doesn’t mean being done is any easier to do.

25 reasons you should say I’m done

The reality is when you are in a tumultuous relationship, both of you are getting some benefit or you wouldn’t be there anymore. There may come a time when the benefits just don’t outweigh the anguish you experience in the relationship. It is time to just say I’m done.

#1 You spend more time crying than laughing. There has to be some benefit to a relationship. We all know that they aren’t all fairy tales and sugar plum fairies, but if you find you are wasting most of your life in tears, it isn’t healthy to continue with the relationship.

Being with someone should make you a better and happier person, they should be the one picking you up, not making you cry. [Read: 12 grim signs its finally time to end your relationship]

#2 You fight continually about the same things without resolution. The nails in any relationship coffin are those things we just can’t get past. Whether it is their mother, your inability to stop spending money, if the same issues continue to arise and there isn’t any resolution, then it may just be time to say goodbye.

A problem can only be solved if both parties are willing and able to work on them. If you won’t stop your ways and they won’t stop theirs, then your love isn’t worth it for either of you, and it may just be time to cut the cord.

#3 You would be better off without them than you are with them. If they make you a nervous twit, or you end up saying things that are so ugly you can’t believe they came from your mouth, then you should probably be done.

When you get into fights and you say and do things that aren’t characteristic of you, there is a problem that goes far beyond any real fight you are having. The person you devote your life to should be someone who makes you the best you. If all they bring out is the crazy eyes, they are not the one for you.

#4 The person you are with is abusive. There are various types of abuse. Just because you aren’t walking around with bandages and casts doesn’t mean you aren’t getting beaten up emotionally. Someone who doesn’t care enough about you to try to give you what you need, or purposely does things to make you upset and hurt, is abusing you. [Read: 21 big signs of emotional abuse you may be missing]

#5 You are just two very different people. Some people are like oil and water, they just don’t mix well. The old saying opposites attract leaves off the next part, which is “but they aren’t always good for one another.”

Sometimes people just aren’t good for one another because they can’t seem to find a way to satisfy one another or meet each other’s physical or emotional needs. If you are just two different personalities than it may be time to say I’m done.

#6 You are out on an island. If it has gotten to the point where your relationship has been so tumultuous you have isolated your friends and your family because they don’t want to hear it anymore. And you don’t want to talk about it either, then it may be time to let go. A bad relationship is like cancer, it takes over all the happiness in your world, including the other relationships around you.

#7 They bring out the worst in you. If you haven’t ever been screaming and chasing someone around the yard like a prepubescent teenager before, but there you are chasing them with crazy eyes and more anger than you have ever felt, it may be time to say I’m done.

There are some people who just know how to press our buttons. It isn’t going to change. They do it on purpose. They want to bring out the ugly in you and then blame you. If they bring out the you, you didn’t know existed, it is time to say I’m done. [Read: 15 of the worst things you can say during a breakup]

That doesn’t come out of nowhere. If you are with the right person they make you feel secure, safe, and home. If you feel more like you are in hell, it is time to move on.

#9 You don’t trust them. If every time they get on the phone you think they are badmouthing you, or that they are plotting to leave, then there is something wrong. There is a reason why you get a feeling you can’t trust someone. Typically, it is your intuition telling you to proceed with caution. You can’t be in a loving relationship with someone you don’t trust. If you don’t believe in them or what they tell you, then it is time to leave.

#10 Your friends don’t like them. Your friends don’t have to live with them, but they do have to live with you and see you unhappy all the time. They form their opinion about your significant other based on how they treat you. Most of the time, even if they don’t like your “better half” they pretend to for your happiness. If they don’t see you happy, then what is to like?

#11 It is destructive to you and your family. If your fighting is tearing away at the structure of your family, it is time to say I’m done. Continually harboring feelings of resentment or anger or just ignoring each other, it starts to affect your family relationships whether you think they know or not. Kids are much more intuitive than you think. If your inability to get along is hurting your family, it isn’t worth it. [Read: When to walk away from a relationship: Baby Boomers vs. us]

#12 Things have been said that can’t be taken back. In love, there is forgiveness. If so much mud has been slung that you simply can’t forgive, it may be time to move along. Resentment is a feeling that tears at the fabric of who you are as a couple and individually.

#13 You’re beginning to see you just weren’t meant to be together. You may be seeing all the signs you wanted not to at the beginning of your relationship when everything was fun.

If you notice those things aren’t as easy to overlook as you thought, it may be time to cut your losses. Trying to put puzzle pieces into a puzzle that don’t fit, it leads to nothing but insanity, not a healthy relationship.

#14 You’re angry all the time. If you get past being angry about one thing only to then find something else to be angry about, you aren’t in the right relationship. Anger is really just resentment wrapped up in a different emotion. Being angry does nothing to foster a good relationship, and if you can’t get past it, you can’t have any relationship at all.

#15 It is affecting everything around you. If you fight more than find peace, and it is starting to effect everything about and around you, then it isn’t worth it. No matter how much you think you love someone and can’t live without them, if your relationship destroys everything in its wake, it is time to wake up.

#18 You don’t find them attractive. Attraction is all relative. If the thought of getting naked with them makes you want to hurl, then it may be time to wave the white flag and say I’m done. Being in a relationship takes some chemistry. Otherwise, you are nothing but friends, which is what you should try being and move along from your romantic relationship.

#20 They are draining you in every way possible. Not only will a bad relationship drain you emotionally, sometimes they can be financially draining as well. If you are the only one picking up the tab and watching your money dwindle, it is time to save yourself from a sinking ship. If they have spent every last thing you have both emotionally and monetarily then it is time to say goodbye. [Read: Boundaries in dating: How far is too far?]

#21 You don’t think they’ll ever change. You can’t change other people, sometimes you can’t even change yourself. If you are sticking it out thinking they will be the person you need them to be, you should move on. Either you have to learn to accept them the way that they are and love them despite the things they do to annoy you or you have to be done.

#22 You just can’t seem to get along. If you change, they change, and you feel like you continually walk on eggshells, it is time to end it. Life and relationships are supposed to be hard, but not like this. If you can’t get along, move along. [Read: 10 tips for setting boundaries with difficult people]

#23 It destroys all that you have. Not being able to focus on anything but trying to make a relationship right drains everything about you. Consider whether the time you are wasting is worth it or not. If not, be done.

#24 You’re becoming depressed. Being in a bad relationship makes even the most mentally stable of us become depressed. If you never had a problem with depression before, it is time to lose the relationship and find your smile again.

#25 You’re using vices just to get through the day. You can’t drink anyone or any situation away, period. If you would rather sit and drink than to see that miserable face again from the person you are with, it is time to say I’m done.

[Read: How to stop holding onto a relationship that is over]

If you have done everything possible and nothing works, then it is time to say “I’m done” for the emotional health of everyone involved.