How to Know Your League in Dating Terms: Focus on What Truly Matters

Is she out of your league? Or are you out of his league? What does it all mean and how to know your league in dating terms. 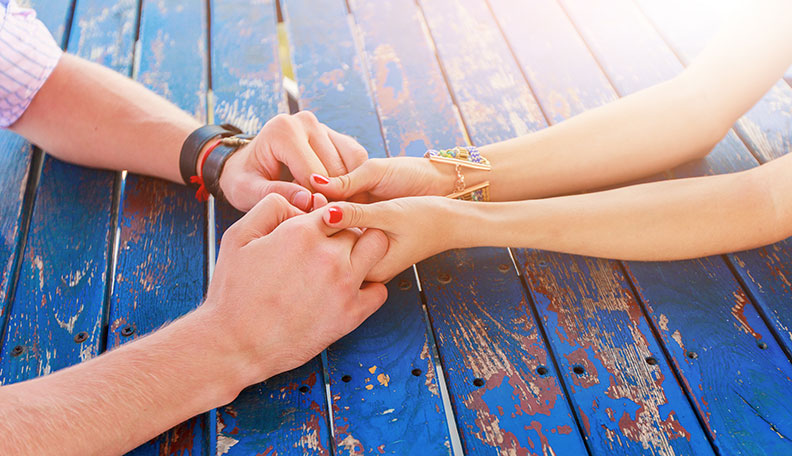 When someone says something like, “Why bother? She is so out of your league!” what do they mean? Well, essentially, it means that that girl is too attractive in comparison to your level of attractiveness. As much as we’d like to pretend this doesn’t exist, knowing how to know your league in dating terms is actually a real thing, unfortunately.

Yes, I know. It is pretty shallow and brutal. It essentially stacks someone up to only their appearance and does not take all the other aspects of a person into the equation.

You may have even seen the 2010 movie, She’s Out Of My League. An average guy, Kirk, is consistently shocked that an incredibly attractive and successful woman is interested in him. I do not want to ruin it for you if you haven’t seen it, but that idea leads to quite a few hiccups for Kirk. [Read: Are soulmates real? How to tell if you’ve met them]

How to understand what leagues are in dating terms

The idea of knowing your league in dating terms is quite confusing. Not only is there so much at play when it comes to dating, but everyone is attracted to different things. It is all in the eye of the beholder.

Before learning how to know your league in dating terms, first, unfold the whole premise of this league system.

Essentially, it is saying Brad Pitt and Jennifer Aniston were in each other’s league. They are both an equivalent level of attractiveness, so it makes sense to society that they were together.

But, then, for example, you see Ariana Grande with Pete Davidson, a guy who is not as commercially or traditionally as attractive as she is and people think she is out of his league. Are you following?

This is the main premise of this whole league idea. But, when a less attractive man is dating a very attractive woman the leagues level out if he is successful, rich, in a band, etc. This goes the opposite way as well and is also an assumption for same-sex couples. [Read: 16 secrets to a perfectly happy relationship]

According to this archaic idea of dating within your league, looks are the priority when it comes to dating. Only slightly followed by net worth, occupation, or fame.

But, when you really look at what matters in a relationship, none of those things do. Yes, you need to be physically attracted to the person you are with, but that can come in time and does not mean that person needs to be traditionally attractive.

Trying to figure out how to know your league in dating terms is like trying to rate yourself on a scale of 1 to 10. We can all agree Beyonce is a 10. When it comes to ourselves, it is difficult, if not impossible, to do so. [Read: Why is physical attraction so important in a relationship?]

We all have our good qualities and our not so good ones. There are some things people may love about me that are the same thing others might despise. I might take off  a point for my addiction to Laffy Taffy, but someone else may add a point because they find that endearing.

While one of my exes may say I am a six, someone else could say I’m a 10 in their eyes. Some think Rachel was way out of Ross’s league. Others say they are perfect together.

Do you see where I am going with this? When it comes to finding your league in dating terms, you need to flip the traditional idea on its head.

The problem with how to know your league in dating terms

Instead of looking at it as how attractive you are to the world, look at your league as everything you love and want in a relationship. Maybe your league is someone who loves to travel, desires a family, spends a lot of time outside, and is super organized. Your league are those things important to you.

And if you want to date within your league, you want someone with similar morals, who wants the same things out of life. You want to date someone who loves to travel, loves to be outdoors, wants kids, and maybe loves to clean. Rating your looks, financial success, and other more shallow aspects is essentially useless.

What this does is create lower self-esteem. If someone feels like the person they are interested in is out of their league, they may feel too intimidated to introduce themselves. They could miss out on something great because of this archaic idea. [Read: How to let a man know you’re not out of his league]

It seems a bit similar to how some people believe you should only date within your own class as to not let someone from the lower-class move up a rank. Instilling this idea into the minds of society has sadly worked. It has kept this thought process at the forefront of dating even though we’re like two decades into the new century.

If you think your league is someone with a mediocre job and is moderately attractive, this league thing tells you that you must date someone in that same league. It keeps a class system within dating which is not just unfair, but also quite cruel.

Rethink how to find your league in dating terms

I have heard both men and women feel jealous or insecure about their relationships because they think their partner is out of their league. This is so disappointing to hear when you see a couple that works but is being held back by this thought of leagues you have to date within.

Your level of attractiveness *whatever that means* and your level of financial or career success does not mean anything in the realm of dating.

[Read: What you need to understand about dating and what it means to you]

Basically, when it comes to learning how to know your league in dating terms, forget about the traditional idea of your league/her league/his league. Focus on what really matters.