How to Manipulate Men: The Art of Getting a Guy to Do What You Want

No one likes the word manipulation, but yet, all of us do it! Want to know how to manipulate men and get a guy to do something? Here’s everything you need! 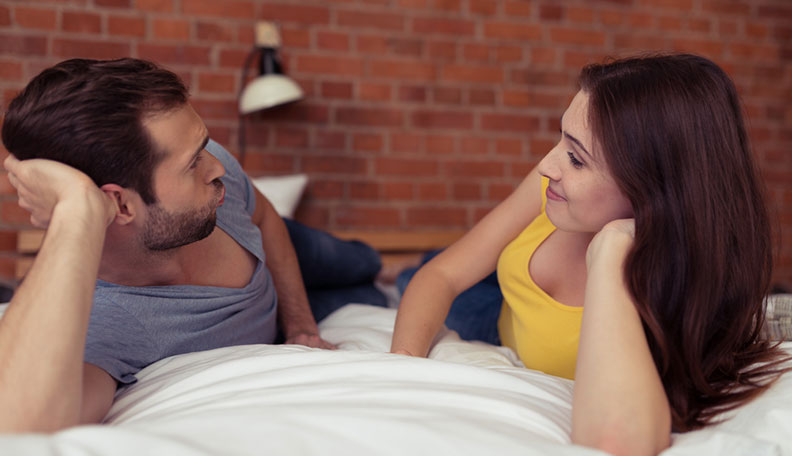 Do you want to learn how to manipulate men? Manipulating your man may not be ethical, but it’s something all women have to learn to use at some point. The thought of manipulating someone seems sketchy, and even, well, manipulative.

But to be honest, men and women do it all the time, subtly sometimes, and outrightly at other times.

What is manipulation really?

Firstly, you need to understand that men do this to women too? Read this feature on 20 ways men manipulate women to make them fall in love if you want to understand the male mind.

What’s game playing at the start of a relationship? What’s playing hard to get with someone? What’s appearing unavailable when a guy texts you to meet up, and you decline saying you’re busy because you want him to pursue you harder? Well, they’re all manipulation in some level, isn’t it?

How are women manipulating men so easily these days? Well, you can do that just by playing to your strengths. No, we’re not talking about the wonderful art of kickboxing or even steroids. There are far subtler, not to mention easier, ways to manipulate men.

It’s all just a matter to taking things into your hands, and realizing that evolution didn’t, after all, work with so much of a vengeance against you!

Want to get your man to submit to your will and do your bidding? Try these subtle manipulation tactics that work like a charm on men!

1. Bore him to submission

Keep on talking and don’t stop. Go all out when you try and explain yourself when you want to manipulate men. This works very well, especially at times when you’ve picked up something really expensive, and your man doesn’t approve of it.

*a sexist example to drive a point* Tell him about how the crystal chandelier was just what you needed at home. “I could have always picked up that cheap lamp, with a manual attachment, and some ugly screws that would just disfigure the walls.

But I actually picked up this beautiful chandelier that comes with two thousand cute crystals that illuminate the room so much better. And it also has five different places to fit the bulb, which is just so perfect because I can now arrange the room just the way I’ve always wanted, now paying special attention to the lighting, you know. There was also the bigger chandelier that was great, but you know, I thought it would be better to pick the one I just picked… it was a bit cheaper…”

Didn’t you think that this would turn him on all the more? You tried your best to make him happy, that’s all. “I’m sorry you caught me in bed with a male stripper, I was just trying to learn a few new positions for you”.  That obviously won’t go down that well.

3. Make him prove you wrong

Men hate being told that there’s something that they can’t do, something that’s out of their league. And they absolutely love to prove you wrong. So don’t worry about how to manipulate men here. The trick is, quite simply to tell him! He doesn’t want to try that new lavender shirt that you lovingly bought for him? [Read: How to think like a man and impress your guy]

Just tell him that he may be right, because now that you think of it, he can’t really carry off that color. Or better yet, tell him that your colleague at work does it with so much panache. Lo and behold! The next minute, you’ll find him strutting around in his new shirt, and he may suddenly realise that lavender is the new in-thing!

Okay, you don’t have to repeat the exact words, but let’s face it, men have epic egos. It’s in-built, so rather than complain about it, use flattery to your advantage while manipulating men. [Read: Why men absolutely love a woman who asks for help]

He’s really angry with you for dragging him along for your office party? Tell him about how your colleague constantly brags about how she’s dating the world’s best boyfriend and putting you down. Tell your man how badly you wanted to show him off in front of that woman just this once. And to show her how lucky YOU are, to have a guy like HIM. And then see if he still sulks! [Read: How to stroke the male ego and reveal your man’s alpha male when he’s down]

Emotional blackmail. Guys can’t stand it, but they also can’t do anything about it. So the next time he says he won’t help you with something, don’t fly off into a fit of fuming rage.

Just manipulate his mind and say, “Fine, I’ll go alone, because none of my other friends are free. If they were free, I wouldn’t have asked you anyways. It may be a little late in the evening, but then, that’s okay. It’s not like the city is not safe for girls to travel alone.”

6. Get his mom on your side

Now, all the monster-in-law theories apart, the pluses of getting his mom on your side are just way too many to be ignored, especially when it comes to women manipulating men.

When the two most important women in his life are in it together, there is little that a guy can offer in terms of resistance. Most guys, even the ones who are not mamma’s boys, still think twice before messing with their mum. So go ahead, be real nice to the in-laws. [Read: Tips to impress your man’s parents on the very first meeting]

They were not kidding when they said that the way to a man’s heart is through his stomach. If there is something you really really want him to do, but you know he’ll refuse straight away, cook him a nice fancy dinner, light a few candles, and then ask when he’s in gastronomic heaven. [Read: 25 sweet romantic gestures for everyday life]

It will be one tough thing for him to say no, and he won’t. Not unless his life depends on it!

Now, one of the best things about being a woman is that you can yell at him, act all pricey, irritated, and peevish, and blame it all on PMS when you get caught trying to manipulate men. Guys can’t contradict it, because they don’t understand it. And you thought nature was being unfair! Sometimes, it is unfair in your favor!

The age old, time tested weapon. A girl’s best friend in all messy situations and manipulative situations. He’s yelling at you at the top of his voice. And you know, this time it really is your fault. But you also know that saying sorry won’t shut him up.

So wring out a tear or two, and most guys will stop. When a guy sees a girl cry, usually his thought process goes, “Crap! Crap! She’s crying, oh my God! What do I do? What do I do???”

Most guys don’t really know what to do with a crying woman. And their first priority in such a case is to make her stop. More so, if she’s crying because of something that they’ve said. Even if they still think they are right, they will shut up. And they will be careful the next time they broach the topic.

Why waste time talking about all the stupid things that you always talk about, especially things like overdue credit card bills. Just tell him you want him, and you want him right now! Men are far more agreeable after a good romp. God, we girls can get wicked! [Read: Sexy tips to be a super seductress]

So go ahead! Give it a shot. But remember, moderation, as always, is the key while manipulating men. The trick is never to let him realize what you really are up to. So if you keep wearing that hurt expression every time he refuses to come shopping with you, one day, he might just call your bluff and know that he’s just being manipulated into doing things for you.

[Read: How men think about relationships and how you can manipulate his mind further]

And before you know it, you would know how to manipulate men to do your whims and fancies. At the end of the day, always remember that people manipulate each other, but to have the best effect while manipulating men, use these tried and tested ways to get things your way, in style!