The Guy Best Friend: Is He Good or Nothing But Trouble for a Girl?

You might think that having a guy best friend is useful, but are there any downsides? Sometimes a boy best friend can play havoc with your love life. 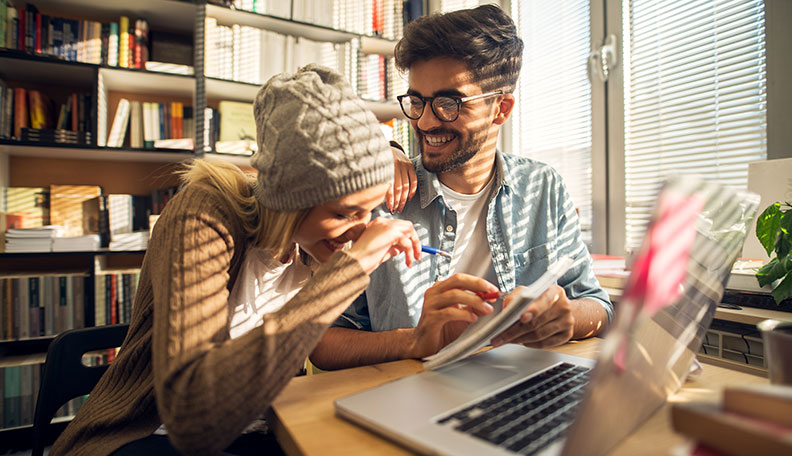 Most girls have always wanted a guy best friend. Having a man who isn’t really your man as your arm candy is fashionable and safe. A boy best friends may help you understand the world of men better. It may even help you devise the perfect way to snag a smoldering hunk for yourself.

Everything may seem just perfect with a male BFF on your arm, but is it really as simple as it seems, or are you just wearing those murky rose-tinted glasses again?

For sure, a guy as a best friend has major perks but it also has downsides. To give you a balanced view, we’re going to look at the possible problems concerned with having a boy as your bestie. We’ll then figure out why it’s not so bad.

[Read: 25 questions to ask your guy best friend instead of your girl BFF]

Guy best friends and your life

First off, men aren’t built to blend in with women and gossip about last year’s fashion and fancy detox diets. They’re out there in the world to sow their wild oats. So even if you do find yourself in the company of a great guy who seems to have nothing but squeaky clean intentions in mind, be wary.

It may all have started with a great conversation where both of you suddenly realize that you have a lot in common with each other.

You feel great around him and he seems to like you too. And the funny thing is that neither of you feel anything tingling around the loins. It’s all warm and fuzzy in an extremely platonic way. [Read: Platonic love and its revealing secrets]

It’s not time to celebrate though. You may have found yourself a guy best friend, but in all probability, you could have just found a guy who’s either too timid or confused with his intentions. No guy likes to be in the friend zone with an attractive girl unless he’s swinging the other way.

But nevertheless, even if you do find a straight guy who hasn’t shown any interest in you sexually, there are a few things you need to remember. [Read: Can girls and guys really be friends? 11 truths to bridge the gap]

Girls love a bit of body contact with their friends all the time. Men don’t. You may love to hold your guy best friend’s hands or cuddle in now and then while watching a movie on the couch.

Each time a guy does that with any girl, especially if hands are in close proximity to any of your girly parts or his boy parts, it’s hard not to have an erection. Can you handle that? Would you really be comfortable knowing that you’re arousing a best friend each time you get comfy with him?

Now, we’re not saying that every guy is unable to control himself but it’s likely to pop up, quite literally, at least once or twice during your friendship. [Read: How to be just friends with a guy when he wants more]

What if feelings enter the picture?

Love may not blossom during the very first conversation both of you share. But with all the late night conversations and touchy-feely time together, love is bound to enter the picture one way or the other.

It might be that one of you develops feelings and the other doesn’t. Can you handle that? Would you need to confess your feelings or would you keep quiet? Either way, it has the power to ruin what you and your boy best friend have.

If love doesn’t become a problem, sex does

If you don’t end up falling in love with each other, sex enters the equation. Have you ever caught your guy best friend staring at your cleavage or running his hands way longer than necessary after a hug? He may seem like great company to hang out with while getting drunk on a Saturday night, but what if sex becomes a problem?

It’s natural for two people of the opposite sex to become attracted to each other. Sexual attraction is easy to understand, but best friends of the opposite sex, well, that’s the confusing part. If your boy best friend starts to flirt a little too sexually for your liking, how would you deal with it? It could be enough to cause a major problem between you and your friendship could be lost. [Read: How to have sex with a friend]

Troubles with a new boyfriend

Let us assure you, your new boyfriend will hate your guy best friend right from the start. He may never understand the relationship you and your BFF share. Face it, you don’t understand it yourself. You just think you do.

You may try to convince your new boyfriend that your BFF is not sexually interested in you at all. But there’s no way your new man will ever be convinced of that. And the sneaky part is, your guy best friend may actually start liking the attention he’s getting out of it. [Read: Help! My friends don’t like my boyfriend]

Your friend’s urge to feel better about himself may even convince him to create scenarios to mess your relationship further – If only to make himself appear like the better man. It’s inevitable, every guy likes to be known as the best man material.

You may question why he isn’t interested in you

Now you may want your boy best friend to be just that. But somewhere deep within, you know about the force of attraction.

So when your best friend gets attracted to several other women, it’ll always make you wonder why he doesn’t like you. Especially if some don’t look half as good as you. [Read: The 12 rules of attraction as explained by science]

You may have wanted a best friend to begin with. But, as the relationship grows and he finds himself getting attention from other women, you’ll start desiring him a lot more. And yes, in ways that are more intense than just friends.

When you find that he doesn’t show the slightest interest in you, it’ll hit you like an insult. There’s a big chance that it’ll also damage your self-esteem in attracting the opposite sex. Especially if he’s a sexy guy who’s obviously straight. [Read: Get a guy to kiss you when you want him to!]

You may drive away a lot of guys

No guy likes dating a girl who’s got a guy best friend. A few guys have been there and got burnt. All other guys have heard the story. No guy can ever have a happy and insecurity-free relationship with a girl who has a guy best friend. Confusions, jealousies and hidden feelings always crop up and complicate the relationship. [Read: How to make a jealous boyfriend not-so-jealous]

And what’s worse, some guys may just assume you’re already in a relationship with this guy and avoid even bothering to hit on you. After all, the more single a girl appears to be, the more desirous she becomes in the eyes of all men around her.

A guy best friend may seem like fun to begin with, but the relationship rarely stays the way you wish it could at the beginning. With so many odds to work with, you may end up falling in love with each other, complicating and worsening relationships with other lovers, or just end up experiencing a painful case of unrequited love.

There are many other things that can happen too, and not too many of them are happy endings. [Read: The male best friend – A guide for men and women]

However, we don’t want to paint a totally disaster-ridden picture here. There are some pretty big bonuses in having a guy best friend by your side. You simply need to make sure that the picture remains platonic and never strays into any other territory. If you can do that, you could grab the following benefits:

1. He will always tell you the truth

Having a guy best friend means you have someone there who will always tell you the truth. It might be brutal sometimes, but at least he’s honest. [Read: Being brutally honest – 13 scenarios when it’s an obligation]

2. He will be protective of you

It’s likely that he’ll want to protect you. While that might be a problem if he’s over-protective and scaring away potential suitors, it does help you feel more comfortable and secure.

3. There will be less drama

If you can keep things platonic, you’ll probably notice a lot less drama compared to your female friendships. Guys tend to tell it like it is and they don’t hold grudges.

So, if you argue, you can bet on it being forgotten the next day. [Read: How to distance yourself from a friend without a lot of drama]

4. He will be honest about potential boyfriends

As long as he’s not jealous of a new guy in your life, he’ll help you figure out the good ones from the bad ones. Again, this comes down to his honesty and it’s probably going to be helpful in your dating life.

So, before you grab a guy’s hand and exchange BFF string bracelets, think twice. Do you really want to risk huge complications further down the line? Or, do you think that you and your new boy best friend will remain platonic and as thick as thieves over the long-term?

I don’t think so.

[Read: The full guide to be and stay platonic friends without any kind of drama]

Guy best friends could seem like a fancy fashion statement. But it’s important to keep things platonic if you want to avoid the major problems that could come your way.

Chester Bloom
A practical thinker, Chester Bloom is a writer who loves a good conversation, a long walk in the park and great company....
Follow Chester on Facebook Twitter