12 Bad Girl Traits Every Guy Wants In His Girl!

What makes bad girls so irresistible to guys? Read the 12 desirable traits of bad girls that make them so sexy and fascinating, and learn to use them! 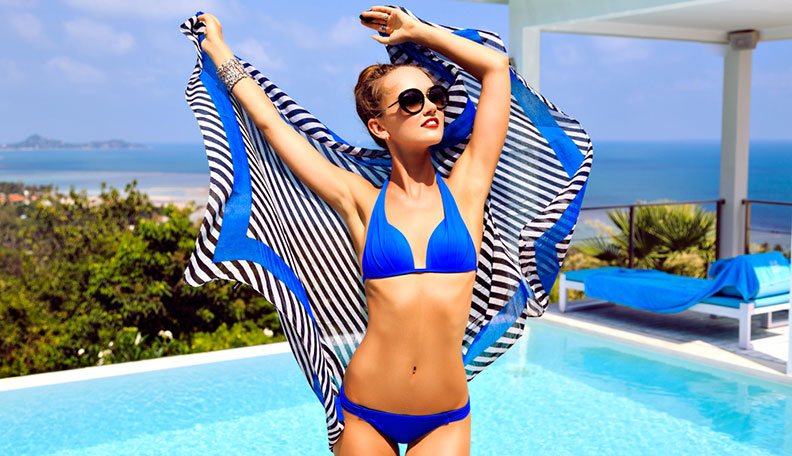 There are good girls that guys want to introduce to their mother.

And then there are bad girls that every guy secretly desires and fantasizes about.

After all, bad girls are unpredictable, frustrating and fickle.

And they’re not the best of partners for a long term relationship either.

But yet, there’s something about the allure of a bad girl that makes every guy secretly admire her and want her.

As a girl, have you ever felt insecure when a bad girl takes a fancy to your boyfriend?

Your man may be all yours, but when a bad girls talks to him or flirts with him, he can’t help but melt or get nervous around her. It’s almost involuntary!

Good girls are the best. As a guy, I can tell you that life with them is like a soft pillow. It’s full of love, comfort, emotional security, happiness and bliss.

But then again, bad girls are like a scary rollercoaster. You don’t want to live in them but you sure as heck want a rough ride now and then! [Read: How to make your boyfriend want you more than ever]

A bad girl is every man’s fantasy and his nightmare too. A guy wouldn’t want a bad girl, but yet, he can’t stop wishing he could have her. So who wins in the eternal war between the good girl and the bad girl? Well, no one can tell for sure. But here’s something about the regular human mind. As humans, we always prefer stability and simplicity over near death experiences *even though the adrenalin junkie in us wants a near death experience now and then!*

The good girl and bad girl in you

Sometimes, it’s never bad to be a bad girl, especially if you know what works for you. You may be a good girl who’s dating a great guy, but wouldn’t it be great if you can hone the desirable traits of the bad girl that make her so awesome?

Think about it, good girls win a parent’s heart, but a bad girl wins a man’s heart. If you could be both, you’d definitely be the girl of every guy’s dreams.

12 traits of a bad girl that make her so awesome!

Bad girls aren’t dimwitted or the kind of girl who goes with the flow. She knows what she wants and knows how to get it. So if you’re a good girl who wants to have a bad streak in her, use these 12 bad girl traits to awe a guy and drive him crazy!

#2 She’s sexy. Appearances do matter, even if you’ve been in love for ages. Dress up and look good, whether you’re at home or out on a date. Thick sweaters and faded pants are comfortable, but there are sexier looking outfits that feel comfortable too, don’t you think? [Read: 6 tips to dress for sex and arouse your lover]

#3 She’s adventurous. A bad girl doesn’t hold back and borders on reckless now and then. A bad girl would be willing to try anything at least once. Go out there and experience new things, see what life has to offer and let your man know that you love a good adventure every now and then.

#4 She’s so flirty! Bad girls are little devils who know how to flirt and seduce any guy without making their intentions obvious. They’re fun, alluring and sexy talkers who can give a guy a hard on without even touching him! [Read: 30 subtle, obvious and really sexy flirting moves for girls]

#5 She stands up for herself. A bad girl has the confidence to stand up for what she believes in. She’s determined and motivated, and doesn’t let anything get in the way of achieving her goal or dream. And she can do this without the help of any man in her life!

#6 She is who she is. A bad girl doesn’t feel the need to conform to the rules of society. She’s a misfit of the good kind. Her friends may pretend like they don’t appreciate her life choices, but somewhere deep within, everyone secretly wants to be her or wants to be with a girl like her. [Read: 16 signs you’re a sex kitten and lovin’ it!]

#7 She doesn’t sugarcoat it. A good girl will hold a guy’s hand and tell them that everything is going to be alright even if it was him that screwed up in the first place. But a bad girl will show her man the facts as it is, and help him understand his own mistakes.

It’s true, sugarcoating a problem helps ease the pain now and then, but almost every time, a guy would prefer a bullet in the head instead of five in the chest. A bad girl says what’s on her mind, and unless he’s feeling guilty and miserable  already or if it’s a sensitive issue, a guy would appreciate that trait in his girlfriend.

#9 Bad girls don’t let themselves go. Most nice women just let themselves go once they get into a stable relationship or a marriage. They don’t dress up, don’t shave where it matters, and they start to overlook the Michelin Man curves that start to grow on their body *because they have better things to do*. But a bad girl knows the secret behind attraction and seduction, looks matter just as much as personality.

#10 They say NO. A guy could be infuriated by this bad girl behavior when she puts her foot down and take a stand when she doesn’t want to do something, but this trait will also make her be taken more seriously. On the other hand, a warm and nice girl who compromises all the time and puts up with a guy for everything will only be taken for granted or walked all over.

#11 She doesn’t wait for magic. She creates it. A bad girl doesn’t wait for a prince charming to walk into her life and fix her problems for her. She steps into the middle of the real world and fixes what she wants, with the assistance of drooling men or by herself. [Read: Why all men love helping a girl when she doesn’t need their help!]

#12 She’s extremely confident. She’s not cocky, but she’s not the insecure one either. In fact, she’s the kind of girl who’ll scare a guy and make him try harder to impress her all the time. Whatever she does, she’s confident of her skills, and everyone respects her for that.

Bad girls are great, but they aren’t all nice and sexy. Here are five signs that spell nothing but doom for a guy. So if you want to be a good bad girl, avoid these traits.

#1 Selfishness. Bad girls are usually extremely selfish and don’t care for anyone but themselves. Don’t be that girl.

#2 Using sex as a weapon. You’re sexy and you know it, but that shouldn’t give you any right to use sex as a weapon by withholding it just to prove a point or get your man to bend over backwards for you. [Read: 10 big annoying girlfriend habits that all guys hate]

#3 Moody and fragile. As confident as bad girls portray themselves to be, some of them also have a very fragile soft center that could be a sign of bottled emotions and confusions. Speak out and communicate your feelings. You don’t need to be the strong girl all the time.

#4 Narcissist. A bad girl thinks she’s the best thing to happen to planet earth, and that she’s better than everyone else. Of course, she’s entitled to her opinion if she has something worthy to prove herself. But try to keep your ego in check, will you? [Read: 16 attention whore signs to watch out for!]

#5 Fickle. The typical bad girl gets excited for everything quickly and loses her interest in other things just as quickly.

As with every kind of girl, a bad girl too has her own good and bad sides to her. As long as you remember to use the good traits and avoid the bad traits, you’d definitely be able to awe and impress the man in your life, for a long time to come.

[Read: How to keep a guy interested in you in 30 super sexy ways]

Be a nice girl because she’s the girl every guy wants to take home to his mother. But make sure you have these 12 bad girl traits in you too. After all, when it comes to attraction between a man and a woman, the bad girl has the sexy edge over the good girl all the time!