How to Stop a Guy from Flirting and Hitting on You 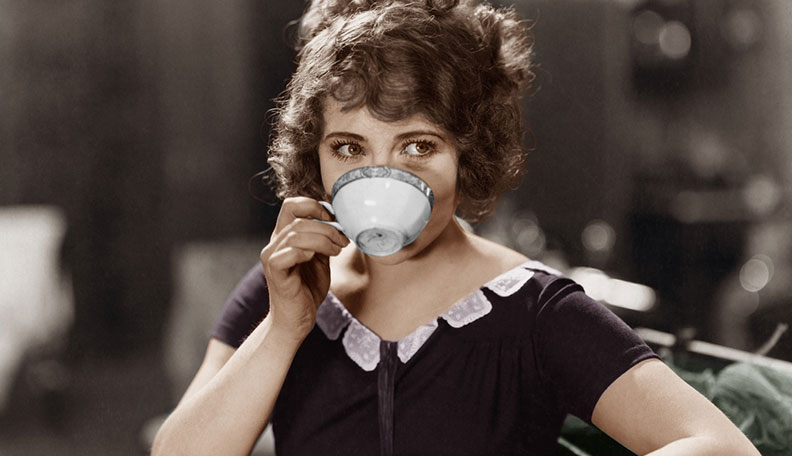 Wondering how to get a guy to stop hitting on you? Use these 14 tips to stop a guy from flirting with you, and you’d be able to do it effortlessly!

Is a guy pursuing you even when you’ve made your intentions clear?

It could be a good friend or just another guy who stalks and stares at you.

But sometimes, dealing with a guy who just can’t accept your rejection can be a big pain in the backside.

If you don’t like the guy and don’t see any possibility of you ever dating him, the first thing you need to do is to stop reciprocating his flirting games *if you’re still flirting with him*.

There’s a big chance he’d assume you’re just playing hard to get because you’ve led him on so far!

[Read: 15 signs you’re subconsciously just leading a guy on even though you don’t like him]

How to stop a guy from flirting with you

Sometimes, without even realizing it, you may enjoy the attention the guy gives you even if you don’t like the idea of dating the guy or getting into a committed relationship with him.

But this is a decision you have to take.

Do you want him to continue pursuing you because you like feeling wanted and desired by him, or do you want him to stop wooing you so you can make it clear to him that you aren’t interested in anything more than just friendship with him? [Read: 16 signs you’re turning into an attention whore!]

All of us like feeling desired and fancied, but there will come a time when your pursuer may interfere with your own love life, especially when you’re dating someone else or are trying to get some other guy’s attention. And eventually, your confused state of mind may push you into a tricky love triangle where you want the attention of both guys, and you’d end up the biggest loser! [Read: Love triangles and its confusing complications]

He hasn’t asked you out but he flirts with you!

This is always tricky, because you can’t tell a guy that you aren’t interested in dating him when he hasn’t even asked you out. What do you say to a guy who hasn’t even made his intentions clear?

Many guys who think they’re smooth players fit like a glove in this category. They tease you and seduce you, and yet, never make their intentions clear. By doing this, the guy would entice you, rouse your curiosity, and make you think of him often, and that would make you fall for him even before you realize it.

When a guy doesn’t tell you he likes you and yet flirts with you, he may eventually embarrass you by flirting in front of your friends, or worse, in front of a guy you really like!

Many guys flirt with the girl they like in front of other guys. It’s their way of trying to mark their territory even if the territory doesn’t belong to them. Publicly and outrageously flirting with a girl in front of other potential boyfriend materials is their way of telling other guys to back off because he’s in a better standing to date you than anyone else. [Read: 19 sure signs of love to know if you’re falling for a guy right now!]

Don’t lead him on

Be affirmative – Don’t be the sweet girl

This is the mistake that most girls make. Most girls are just too sweet to say no, because they don’t want to be rude. But you need to remember that his behavior is stressing you out, making you appear stupid in front of your friends, and almost everyone may believe you’re just pretending to dislike the guy while you enjoy the flirting in secret!

And just by trying to be nice to this guy, you’d end up losing the interest of other guys who may secretly like you, and worse, you’d be ridiculed by all your friends for being so spineless and two faced because you only pretend to be annoyed by this guy.

How to stop him from flirting with you

If you know the guy, but he’s not a very good friend of yours, use these 7 tips to get him to back off. If he’s a good friend and you don’t want to lose his friendship or feel awkward around him, just use the next 7 tips. [Read: 18 secret ways to read a guy’s body language and find out of he likes you]

#1 Tell him you don’t like it. If this guy drawls and drools in front of you, or if he tries to tell you how sexy you are or just how badly he wants to take you out, just cut him mid-sentence instead of smiling at him approvingly. Tell him straight to his face that you find him annoying when he talks to you that way.

#2 You’re already taken. Tell this guy that you have a boyfriend. Or each time he tries to flirt with you, talk to him about another guy you have a crush on. It may piss him off, but he’ll get the point!

#3 He’s your friend. When he flirts with you, tell him you find it rather disturbing because friends aren’t supposed to talk that way. Tell him that you consider him a good friend and aren’t interested in anything beyond that.

#4 Texting games. Avoid texting him, especially late at night. It’s very easy to fall prey to flirty games when you text a guy late at night frequently. And if he tries to text flirt with you, avoid responding to him, he’ll get the hint eventually. [Read: 30 facts about guys that can help you read a guy’s mind effortlessly!]

#5 Jealous confrontation. Get really close to another guy, or ignore him in front of another guy you like. It’ll piss him off, and there’s a good chance he’ll confront you and ask you why you were ignoring him. And you can use the excuse to make it clear to him that you consider him a friend, and that he should start behaving like one!

#6 Ignore him. If he isn’t an old friend, and someone who’s just trying to get close to you only to get into your pants, just ignore him if he doesn’t get the hint. There’s only so much you can try to make a guy understand your friendly intentions.

#7 Reject him. If you’ve tried it all and still find this guy pursuing you, then you have no option but to reject him. [Read: How to reject a guy and turn him down politely and firmly]

Is a friend falling in love with you? This is definitely tricky grounds, because you may really like him as a person and you may not want to lose his friendship. If a guy who’s a good friend asks you out or flirts with you, here are 7 things you can do to get him to back off and get him back into the friend zone. [Read: The real reason behind why guy best friends are nothing but trouble for girls!]

#1 Stop the games. Avoid giving him a sign that it’s okay to flirt, by smiling or laughing when he flirts with you. Even a small gesture like that could be taken as an affirmation to continue flirting. Flirting games always starts slow and works itself up to a sexual frenzy. So the earlier you see the signs and stop reciprocating to him, the easier it’ll be to get him to stop hitting on you. [Read: 13 lusty signs of sexual attraction to keep an eye on]

#2 Insult him. Give him a cold stare when he tries to get touchy with you, or get sarcastic when he says something that’s more than just a friendly compliment. It’s alright to embarrass or insult him a few times, it’s the only way he’d realize you have no intentions of hooking up with him for a fling thing.

#3 Get bored. Each time he flirts with you, pretend like you’re bored or uninterested in talking to him. Or as soon as he says something naughty, just look away and don’t say anything for a few seconds *even if things feel awkward*. And when you look towards him again, just change the topic of conversation. Doing this will definitely scare him into talking about something else!

#4 Alone time. A guy who’s a good friend of yours wouldn’t dream of flirting with you in public when there are other friends around. So don’t give him the opportunity to hit on you by spending time with him when there aren’t other friends around, especially if he’s already asked you out or if he tries to run his hands all over you when no one’s around. [Read: 15 obvious signs of flirting between a guy and a girl]

#5 Intimate conversations. Both of you may be really close, but until he gets back into the friend zone, avoid having long intimate conversations with him. He may just be using it to get closer to you. And inevitably, you may end up getting feelings for him too.

#6 Just ask him. It’ll put him in an awkward spot. “Are you hitting on me? / Are you flirting with me? … If you are, I just want you to know I’m not interested in anything more than being just friends with you.”

#7 He gets persistent. Have both of you shared some sexual intimacy at some point of time? Have you ever hooked up with him *even if it’s just once* after a drunken night or after a lot of sexy late night texting? [Read: 10 worst people you could have a flirty one night stand with]

You could tell him that you aren’t interested in hooking up with him, but he may still believe you won’t stop him even if he tries to get closer to you or make out with you because he knows you secretly like it even if you tell him you don’t like it. [Read: How to have a perfectly platonic friendship with a guy who likes you]

In such a scenario, you have no choice but to take a break away from him for a while. You could have a serious conversation with him and tell him that you have no interest in getting naughty with him, and you’d appreciate it if he could just behave like a friend instead. If he truly cares about you and respects you, he’ll definitely try hard to avoid flirting with you.

[Read: 10 types of creepy guys all girls need to avoid!]

Remember, it’s easy to stop a guy from flirting with you and hitting on you, just as long as you’re clear in your head and know what you want. And if you truly want a guy to back off, just be firm and stand your ground. He’ll get the message soon enough!

Jessica Dawson
Jessica Dawson is guilty of using way more emojis than are necessary, and is a lover of all things British. And when she isn’t working on mastering a fake Bri...
Follow Jessica on Facebook

What Does Friends With Benefits Mean to a Guy: Do Guys Get Hooked?

Ignoring a Guy: Why This Works So Well & How to Use It Right

How to Make a Narcissist Miserable & Make Them Burn with Rage