10 Guys You Should Stop Dating If You Want Real Love 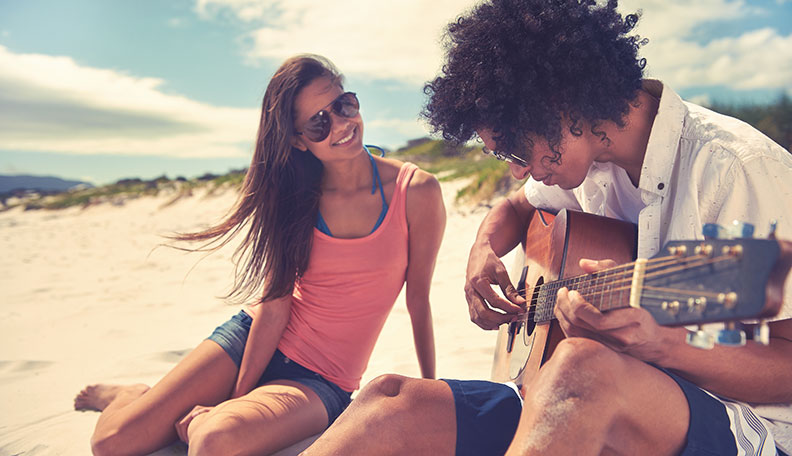 If you want real love, you have to let go of the ones who will just weigh you down. So which guys should you completely avoid in the dating world? By Charley Reid

Maybe you’ve been obsessed with Leonardo Dicaprio ever since you first saw Titanic, or maybe you’re into guys with tattoos like Adam Levine, or maybe you prefer someone goofy, sort of nerdy, like Jason Segel.

So when a guy comes along and fits the description of your perfect Hollywood dream boy, he can be your one true love, right? Wrong. There’s more to a guy than the aura he presents. And when you get a look into the inner workings of your so-called dream guy, you may be sorely disappointed. Don’t let yourself be fooled by charms, good looks and a smoking hot assortment of bedroom moves. [Read: 9 reasons your ideal man wish list isn’t working out for you]

Which guys should you avoid dating?

If it’s love you want, you won’t find it in these guys. So when you come across them, just run the other way lest they heap their issues onto you.

#1 The mama’s boy. Have you been wasting your time dating a guy who literally can’t do anything without talking to his mom first? It’s fine to be close with your family, but if the guy can’t seem to make a move without his mommy’s approval, steer clear!

You should never be made to feel secondary in a relationship, especially if you’re after true love. Think about if you two were to have kids, and how many times he’ll have to call his mom for help and advice because he doesn’t know what to do, and he doesn’t listen to what you have to say because his ‘mom knows best.’ True love doesn’t create any competition or weird feelings.

#2 The musician. Musical guys are awesome. However, a guy who seems married to his guitar or to his drum set or to his band wouldn’t make for a good boyfriend. They are constantly on the road, picking up various gigs here and there, meeting groupies. Do you want to constantly be worrying about all the girls throwing themselves at your man?

And don’t get me started on the mood swings when he can’t find the right note or the right line to add to his song. You may become his muse, but his true love will always be his music. [Read: 5 giveaways of an emotionally unavailable man]

#3 The brainiac. This is the guy who thinks he knows everything, and is always right. This is possibly a nerd who is obsessed with some esoteric scientific topic, and it’s hard trying to even have a normal conversation. Maybe what you thought was cute and unique in the beginning, is now actually just impossible and a bit strange, and you realize you do not see yourself growing old with someone like him.

Think of someone like the character, Sheldon Cooper in The Big Bang Theory, can you imagine dating someone like him? It can be really exhausting.

#4 The comedian. Have you been dating a guy because you think he’s funny and he can make you laugh? If so, wonderful, but what else do you like about him? The problem with this guy is that usually they love being the center of attention. So much so, that if you go out to eat with a group of friends, you’ll eventually find him standing up, putting on a “performance.”

The worst part is that there may be times when you want a serious conversation, but he just inserts a witty one liner that will completely ruin the mood.

#5 The cheater. There are so many people in this Universe, and you have so many options and people to meet, that you should not waste a single second with a guy who cheats on you. You need to get out there girl, meet and mingle with men who think before they act, and who treat you with the respect you deserve. If you stay with this guy, you will never have true love, but you will have a very broken heart. [Read: 30 honest reasons why men cheat]

#6 The banker and/or real estate dealer. These guys are full of empty promises and usually are very good at telling lies. They may be able to offer you a good life, but as quickly as they are able to put you up, they are just as easily able to put you down. These guys are constantly looking for the next best thing: the next house to flip, the next stock to invest, and this means that they have a habit of looking at relationships the same way. For your reference, check out The Wolf of Wall Street.

Sure, you might be the beautiful mansion today, until a newer, more updated one comes along. These guys are constantly playing games, telling people what they want to hear, and you are no exception to their rules. Their fixation on the next best material thing can really take its toll on your relationship.

#7 The Liar. This should be a given. A lie is a lie is a lie. Just like a cheater is a cheater. Oftentimes, liars and cheaters go hand-in-hand. It doesn’t matter if he lies to you about eating lunch, or about hanging out with friends, the point is he still lies. Trust is a requirement of true love, and you can’t expect to find it in a guy who lies through his teeth.

#8 The king of empty promises. This guy should pitch a tent in Las Vegas at a poker table because he’s so good at bluffing. This is the guy who tells you he loves you very early on in the relationship. And he will tell you basically anything and everything you’ve always wanted to hear.

For example, he will tell you he wants to have kids with you, that you two will get married, and that he’s planning a surprise trip for you two to take together soon. And in these moments, you think you’re falling in love with him, until you realize that none of the things he’s said he wanted to do have actually happened. [Read: 11 signs you can’t trust the guy you’re dating]

#9 The upgrader. This guy loves having things handed to him. He tends to stay in a relationship out of convenience. If you cook for him all the time, do his laundry, have sex, why would he want to leave? But what happens when a younger, hotter girl comes along? And what if she is totally cool with doing his laundry, cooking for him, and hooking up? Why would he want to stay in his decent relationship, when he can have one with someone younger and hotter?

You should be with someone who treats you the same way you treat them. Don’t be fooled into thinking you can earn his love by sacrificing your time for the sake of his happiness. [Read: Is he into you for all the wrong reasons?]

#10 The mooch. You might as well call this guy a pirate. This guy is the one who never has money, can’t ever do anything because he’s broke. It’s not like he can’t make money, but he has a philosophy of “why should I spend my money when I can spend someone else’s?”

Before you file for bankruptcy for the sake of this sorry loser, just run the other way. By doing this, who knows, you might make him realize that he needs to start working to sustain his lifestyle!

[Read: 11 shocking signs you’re being used for sex or money]

There are tons of men out there who seem like a great catch, but then their cover gets blown at the first red flag. Keep your eyes open and your mind sharp before these 10 guys can get a chance to take advantage of you.

What Does Friends With Benefits Mean to a Guy: Do Guys Get Hooked?

Ignoring a Guy: Why This Works So Well & How to Use It Right

How to Make a Narcissist Miserable & Make Them Burn with Rage