Be Careful Who You Trust: 15 Ways to Recognize the Backstabbers 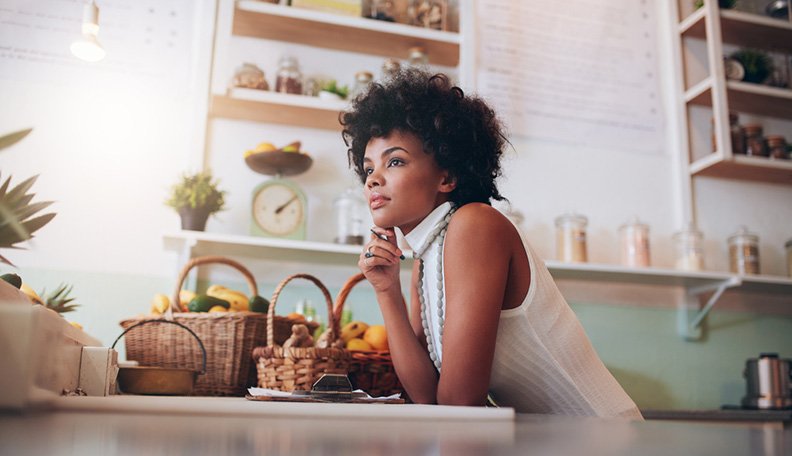 Trust is very fragile, and once broken, it’s difficult to piece back together. To avoid the broken pieces, be careful who you trust in the first place.

Have you ever noticed that most kids will talk to just about anyone about anything. They’ll give out personal details about their life and tell their most intimate secrets—there really isn’t much that they hold back. Even if you tell them to be careful who they trust, it’s something that just flies off the top of their head!

As we grow older, though, we learn from experience that there are some people whom we can trust, and many, many others whom we can’t. Even in committed relationships like marriages, there are betrayals of trust that can throw you for a loop.

But the problem is that if we don’t learn to rely on others and find it in our hearts to love, survival is extremely difficult. There is nothing worse, however, than thinking that we can trust someone only to find that they have not earned it. When you feel betrayed, it’s nearly impossible to trust again. The key is not to make the same mistake twice.

[Read: The 15 signs of a bad friend to always be on the lookout for]

How to be careful of who you trust

Often, we think that the people we love will love us the same way and hold the same loyalty, but that is not always the case. No matter who you decide to confide in, there are 15 general rules that you can follow if you don’t want to end up embarrassed, disappointed, and let down.

#1 If they have done it in the past, they will do it again. If there is one thing that is true about human nature, and why you need to be careful who you trust, it’s because we are creatures of habit.

The saying, “Once a cheater, always a cheater” is normally very true. If someone has the propensity to betray your trust initially, there is really nothing stopping them from doing it again. Remember that not everyone deserves your trust.

[Read: Should you trust your gut? How to know when to listen to it or ignore it]

#2 Just because you wouldn’t betray their trust doesn’t mean that they will honor the same code. We often assume that we are like everyone else and live by the same rules. The older I get, the more I realize that the assumption I have that everyone thinks and feels the same way as me is entirely false.

If you have a set of rules for yourself, don’t ever make the false assumption that everyone else shares those same ethics and values. We all live by our own rules and moral codes.

#3 Secrets, secrets are no fun… Even if you think you’re telling someone something in confidence, keep in mind that the more secretive the subject is, the more likely it is to be spread. Be careful who you trust with your secrets. Some people can be very good at hiding their sneaky, backstabbing ways.

[Read: How to be a friend – The real art of building true and meaningful friendships]

#4 Don’t ever trust the “drama queen.” Be careful who you trust because the drama queen is more about the drama than being a friend. If she knows something juicy that will gain her attention simply from knowing *and spreading* the information, she will likely sell you out for the traction the story will gain her.

The drama queen usually can’t stop herself. She is completely unaware that what she is doing is hurting anyone. Using the guise of being concerned about you and trying to enlist people to help, there is normally nothing that is off limits. All it takes is a “bless your heart” and she can tell your deepest darkest secrets and make it sound like she is doing you the favor.

[Read: Attention seeking behavior and why some people always go looking for drama]

They don’t have one set of rules for your friendship and then another for the person about whom they’re dishing to you. It’s just a matter of time before your secrets are being spilled out of their forked tongue. Don’t trust someone who can’t keep someone else’s secret; you are not that special.

#6 Trust is NOT a two-way street. Just because they trust you, that does not mean that you can trust them. If they have told you very secretive things in the past, don’t assume that means that you can tell them things. Some people know that by self-disclosing, they will gain entrance into your trust. Once there, they will tear you apart. Knowing that you are an honest person and will hold their secrets can be an even larger incentive for them to spill yours. [Read: How to build trust in a relationship and make it last]

#7 Don’t work under the assumption of innocence until proven guilty. If people are telling you about what someone is saying about you, listen. Most of us like to believe that we know better and don’t want to accept when someone tells us differently. Instead of just blindly believing, confront the person and think about things logically.

#8 Don’t be naïve. A lot of people are not inherently good. I hate to say it, but we all have an ugly streak so it’s very important to be careful who you trust and rely upon. Don’t be naive enough to think that you are exempt from being talked about just because you are an honest and good person. No one is free from ugliness, not even someone who doesn’t deserve it. [Read: How to stop selfish people from hurting you]

Being honest isn’t a requisite when what you have to say can come back to bite you. Be careful who you trust, and selective about the depth of what you tell someone about you, and if you would not want it to get out, keep it under wraps.

#10 Giving someone your darkest secrets doesn’t pull them closer. You aren’t going to form a closer bond with someone by telling them your deepest, darkest secret. If someone wants to form a close relationship with you, they don’t need to know that you wet the bed when you drink too much, or that you cheated on your boyfriend one time by mistake.

Self-disclosure, or confessing your sins to someone, does not make them feel any closer to you. In fact, secrets may make them uncomfortable around you and make them wish you had just kept things to yourself.

#11 Saying “I do” doesn’t always mean they do. When you say “I do,” that may not always mean, “I do promise to keep everything in our relationship between us.” Unfortunately, that may not be what the other person means when they say it.

Not all married people see the bond that they have as sacred and will have no problem discussing not only your problems, but your intimate confessions with those outside of the relationship. Marriage is not a promise of trust, but it sure would be nice if it were, wouldn’t it?

[Read: 15 cell phone rules all couples have to follow to build real trust]

#12 Don’t ignore the inner voice. If your inner voice is telling you not to trust someone or to hold back on information when talking, listen. There’s a reason why we have an inner voice. It was created to keep us from harming ourselves or making mistakes that come back to bite us. All too often, we ignore our intuition, and it turns out to be right.

[Read: How self respect affects you and your relationship]

#13 If it quacks and looks like a duck… it is a duck. Be realistic about who and what a person is. If you have given someone your trust and they broke it, no matter the excuse, don’t trust them again. There is never a reason to betray someone’s trust unless they come to you first and give you a heads up.

Even if you are in a position where you are going to hurt yourself and you confess it to someone, if they really care, they will come to you first and let you know that they are going to involve someone else. If they don’t at least give you the heads up, that just makes them a coward.

#14 Don’t give three strikes—one is normally plenty. Fool me once, shame on you. Fool me twice, shame on me. And fool me three times? Well, I don’t even have any suggestion for that. That is purely just not caring enough about yourself to protect yourself from harm.

If someone has betrayed your trust once, you can’t ever trust them again. That is just the way that things are, whether you want to believe it or not. If they did it before, they will do it again. [Read: Should you forgive and forget? 15 guidelines to follow]

#15 If they aren’t sharing, neither should you. If someone isn’t telling you anything about themselves, that’s usually a sign that either they don’t care about what you have to say, or that they don’t care to hold your trust.

If they aren’t opening up to you, then what makes you think they want to hear about what you have to say, or that you should tell them anything intimate about you? You aren’t going to get them to open up if they haven’t already, and spilling your guts for their sake isn’t going to help.

[Read: How to stop being a doormat and feel in control again when people use you]

The best way to live life is by finding one person whom you know you can trust never to let you down, and be careful who you trust outside of that. If people aren’t asking, don’t tell. And for goodness sakes, remember, that if they’ve betrayed your trust before, they WILL do it again.

How Long Does a Crush Last? The Steps to Get Over a Crush ASAP

Pussy Selfie: 16 Tips to Take a Good Vagina Selfie on the First Try

The Best Dirty, Sexy Texting Games to Get Naughty With One Text!