One minute they were fine, now it feels like they’re avoiding you. It’s frustrating when someone ignores you, but here’s how to handle it like a grownup. 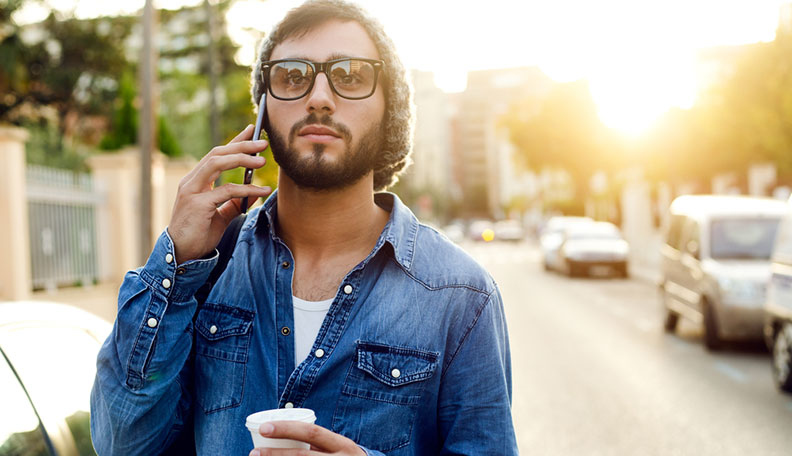 We all know when we’ve screwed up and hurt one of our friends or family members. And this is especially obvious when someone ignores you.

Sometimes, people will talk about it and forgive you right away. But there are also moments when they suddenly ignore you completely. This is when things get confusing and frustrating, because as far as you know, you didn’t do anything wrong.

Have you done something wrong to them?

You’ve obviously given this a thought already, but it’s something we must ask nevertheless. Do you think there’s something you’ve said or done to hurt them? If you can think of a reason, even if it isn’t a very strong one, chances are, you know what caused them some pain. Maybe you could talk to them about it, or just drop a few hints and see if they can open up to you.

But on the other hand, if you can’t think of anything and they’ve chosen to ignore you for some reason that you really can’t think of, well, there are many reasons for this as well.

Here are a few things you could consider reading, if you’re looking for something more specific.

Could they be ignoring you to get more attention from you? Read how people ignore someone for attention and the things they may be doing.

And finally, do you think you’re being ignored after sex, read why someone may ghost you and ignore you after having sex with you.

No matter what the reasons are, when someone ignores you, use the guide below to do the right thing, the right way.

What to do when someone ignores you

Before you let it eat you up, there is one thing you need to know. Friendships aren’t always on a high. In reality, friendships consist of a bunch of peaks and valleys. There will be great moments in your friendship, then there won’t be. So, it may feel like those valley moments are the ones where you feel ignored, which is completely understandable.

Now figure out if it is one of those moments or if there’s something else going on. That way, you know how to respond properly when someone ignores you. Don’t accept this behavior. Communicate.

1. How are they ignoring you?

You have to start at the beginning. How is this person ignoring you? There are three ways that they can be acting when ignoring you. [Read: How to spot a fake friend and save yourself hurt]

This is when your friend will answer your calls or texts occasionally. If you ask them to hang out, they never really give you a direct answer. Everything is vague and up in the air. If you see them in person, they’re usually quick to leave and aren’t interested in hanging around to talk to you.

This is usually a classic sign. It’s the one that you notice right away. You may text them, call them, or invite them out, and they take hours to reply back. Usually, their reply is timed so they missed the event perfectly. If they’re genuinely doing this, you’ll notice this behavior over a short period of time.

People get busy. If your friend moved to a new city or has a new partner, it’s normal for them to go a little quiet. You’ll be able to tell the difference between intentional acts of ignoring you or busyness. Though, whether it’s intentional or not, it’s important that you talk to them and get to the root cause of this behavior. [Read: How to build real friendships in your life]

When someone is intentionally ignoring you, they’re not looking out for your emotional needs. Instead of getting lost in your head, thinking about why they’re doing this and what you did wrong, guard yourself. You don’t need to be taken for a ride by them, so make sure that you protect yourself emotionally. [Read: The raw psychological effects of being ignored by someone you love]

When we feel like we’re losing something, we tend to become needy and clingy, trying to not lose what we are emotionally connected to. Makes sense, right? Now if you notice that your friend is ignoring you, instead of giving them more attention, back off. If they’re ignoring you, give them some space then you can approach them to talk.

5. Reflect on the situation

You shouldn’t become obsessed, but you should spend some time reflecting on the situation. Is there something you did that would receive this response? If you can’t think of anything, this doesn’t mean you need to find a reason. The reason why this person is ignoring you doesn’t necessarily have anything to do with something you did. [Read:  Should you overcompensate for your fickle friends?]

Of course, if it’s possible. If not, talk to them on the phone, not via text. You need to talk to them face-to-face because most of our communication is done non-verbally, through hand gestures, facial expressions, and body language. You need to see these small movements to give you a better idea of what they’re thinking, etc. Talk face-to-face about the problem and come to a solution.

You need to keep your emotions in check and not assume that they’re ignoring you because they hate you. It’s probably not the case. Whether you lash out in anger or keep your emotions bottled up inside, neither will help you and are extremely unhealthy.

Instead, focus on your breathing. If you feel yourself about to overreact when talking to them, take a deep breath and then answer. [Read: How to make someone feel guilty for ignoring you and take back the power]

If you need someone to be a third person in the conversation, bring in a mutual friend. This person needs to have a well-rounded understanding of both of you and remain neutral. Now, this can be tricky, but it’s all about who you pick to be the messenger.

They shouldn’t give any personal opinion. Instead, they simply keep the conversation going a productive way.

9. If you need to apologize, do it

After the conversation, both of you will come to some sort of understanding and conclusion. Maybe you did something that hurt them and they decided to ignore you.

Be the bigger person and apologize for your behavior if you did something. Now, they should apologize for ignoring you. If they don’t, explain to them that ignoring someone isn’t the right response to solve a problem.

[Read: Why do people ignore me? The 12 real questions you need to ask yourself]

When someone ignores you, it can really hurt, especially if you don’t know why. But if you follow these tips, it’ll help you pull through this tough time.