Dramatic Diva Alert: All the Signs Your Girl Is a Drama Queen

You loved her dramatic side in the beginning, but now you notice signs your girl is a drama queen. Does she love the drama more than she loves you? 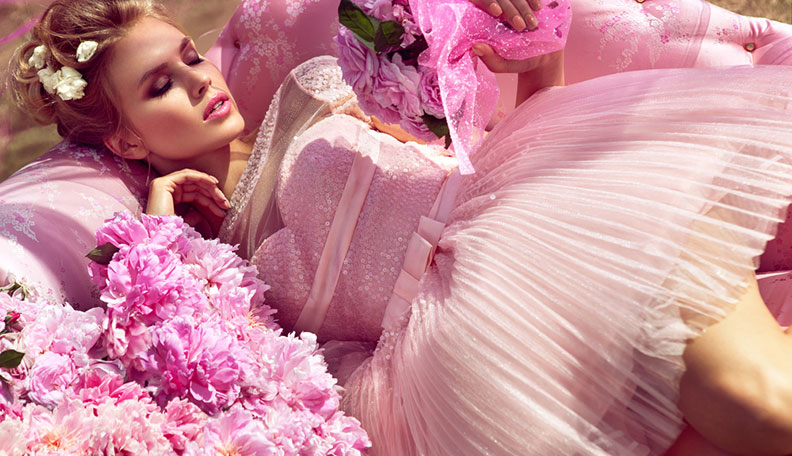 Listen, dating a drama queen isn’t fun. I can say that I do have a little drama queen in me, and I know I’m a pain in the ass to be with. I’m demanding, I sometimes have tantrums when I don’t get my way. I know I’m acting like a child, but in my head, it’s my way or the highway. So, are there signs your girl is a drama queen?

Obviously, since I know this about myself, I’m trying to reduce this behavior, but it’s not easy. Being a drama queen is deeply rooted inside of you. It stems off of the need for attention, self-esteem issues, and confidence.

In other words, drama queens will use you up in order to keep them on a pedestal. Even I, who is a quasi-drama queen, doesn’t recommend that you date one. So, know the signs and then run. [Read: Toxic double standards you need to run from in relationships]

How to tell your girl is a drama queen

Finding the right partner isn’t easy. That’s why we spend hours on Tinder, swiping through eligible single people, hoping that we meet “the one.” But before you get to “the one” you’re going to have to go through a lot of bad dates and possibly a couple rotten relationships. But this is just a part of the process.

How do you expect to know what you want when you don’t even know what you don’t want? When it comes to drama queens, they’re not always easy to spot. And, if you have low self-esteem, well, you’re not paying attention to the fact that she’s a drama queen. You’re just happy to cater to all of her needs. Learn the signs your girl is a drama queen before it’s too late.

#1 She drains your energy. While you’re exhausted after being in her presence, she’s now fully energized. Yes, she has this magnetic energy and smile but that comes with a price. After spending some time with her, it’s like you just ran a marathon, uphill.

#2 She tells you what she wants. This is different from asking. She’s not asking you if you can do something for her, she’s telling you to do it. In other words, you’re like a servant. Is this effective communication? Absolutely not, but she’s not looking for someone to communicate with on a deep level, she’s looking for a guy that’ll run everywhere to please her.

#3 She’s all about a grand entrance. She loves walking into a room and having everyone look at her. In fact, she makes sure she’s always in a position where eyes focus on her. Whether it’s a restaurant, party, or club, she works hard at making a grand entrance. She needs to be the star of the show. [Read: 15 signs a girl is extra AF, loving it and living it]

#4 She knows who she is. She knows who she is very well. She knows her flaws, her strengths, her patterns, but she blames others for the drama going on in her life. But why would she go through the mundane procedure of changing herself? Instead, it’s much easier to point the finger at you and have you deal with the problem.

#5 She can build you up and tear you down. Here’s the thing, when a drama queen believes in you, she’ll build you up so that you can achieve great things. You start to have confidence in yourself which is a great advantage to dating a drama queen. But there’s one thing, if you’re not following her instructions and doing what she wants, she’ll strip everything from you and leave you how you were when she found you.

#6 She loves drama. What can I say about this? She’s called a drama queen for a reason. She loves drama. Now, she doesn’t necessarily love being in a dramatic situation which doesn’t serve her interests, but she certainly loves being surrounded by it in some fashion.

If you’re noticing a calm no-drama period, you should be worried because this is about the time where she stirs things up for some fun. [Read: Why some people go looking for drama]

There’s no rational thought that’s going through her mind or her thinking two steps ahead about the consequences – that’s your job.  If someone hurt her feelings, she’ll talk about it for the next five days, she’s unable to easily move on and it becomes an obsession. [Read: 12 steps to calmly deal with a dramatic diva]

#8 You family and friends don’t like her. It takes a lot for friends and family not to like someone you’re with. Sure, they may think you aren’t a good match but to not like someone personally, that means something. You may notice that she talks poorly about your family and friends, implanting thoughts about them in your head so when you see them again, you argue.

#9 She always gets her way. She would be a horrible drama queen if she didn’t. Drama queens are all about their way. You could be locked in a fight with her over something stupid, but she’ll make sure that she gets the last laugh even if that means waiting days for you to talk first. She may have clearly lost the fight, but she’ll do something so that in the end, you never actually won it. [Read: 15 ways to spot and stop selfish people from hurting you]

#10 She can hold a grudge. You may have screwed up with her two weeks ago, but don’t worry, you’re still paying for it. She’s not someone who forgives and forgets. She’s more like someone who doesn’t forget and makes sure you beg for forgiveness. What can I say? She’s a drama queen.

If you feel that you’re always being held responsible for something and she constantly reminds you of it, well, she’s a drama queen. [Read: 18 relationship turn offs that can ruin romance]

#11 She uses sex to her advantage. She’s a drama queen. Yes, she probably has a hot body or a spicy sex routine but she’s not giving that out freely. She makes you work for everything she gives. If you want her to put out, you need to go the extra mile in making sure she gets what she wants. If you succeed, then you’re rewarded with sex.