Do You Like a Girl Who Likes Someone Else?

Do you like a girl who likes someone else? We’ve all been there at some point of time in our lives. Find out how to know if you’ll ever have a chance of getting the girl to like you instead of her boyfriend. 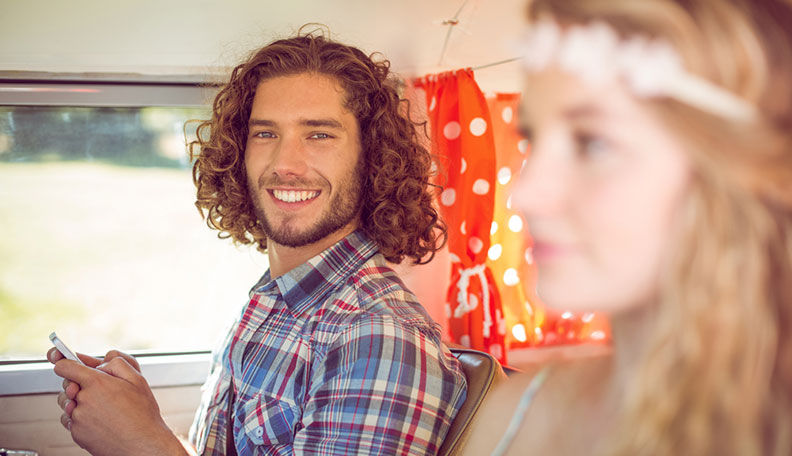 Now a guy can like anyone he sees, but what are the odds that the girl will like him back too?

What do you do if you like a girl who likes someone else?

Well, firstly you need to understand the situation, weigh the pros and cons and see if there’s a possibility of her leaving her boyfriend to be with you.

It sounds complicated, but it’s actually a small part of the slick art of girlfriend stealing.

If you’ve just popped in here, there are three more parts you’d definitely have to read, and this is fourth part of the manual on stealing a girl who likes someone else. You can start from the introduction on how to get a girl with a boyfriend.

Now if you’ve read the earlier parts, you now actually know everything there is to steal a girlfriend from right under the watchful eyes of her boyfriend. And the best part about this entire move is that she’ll love you even before you ask her out. But…

Well, there’s a good *but* here. As with every other situation in life.

When will the girlfriend stealer move fail?

Now you like a girl who likes someone else, but there are times when even these sneaky moves will fail. Find out where you may fail and avoid these mistakes at any cost.

You’re a loser yourself!

Can a pot ever call a kettle black? If it does, it would only end up looking stupid. So can you call a cooler dude a dork when the definition is more apt for you? I think not, even if you think so. So sometimes life is still unlucky, my friend. But hey, you don’t have to stop hitting on her just because you’re worse than her guy.

Sometimes, there could be a possibility that you’re a better guy at heart. That’s just nonsense, but I do hope it made you feel better for that one moment. [Read: What do women want from men to fall in love]

Now you may be a good looker yourself, and you may even be a better guy. But can you be as charming and humorous as him? There may be times when her real guy is so much better that he actually won the “God of Wit and Charm” last year! So can you really match up to him? Maybe, maybe not. If you’re not sure you can ever attain his standards, revamp yourself and maybe then, you could have better luck. [Read: How to charm a girl into liking you]

You know, at times, unknown to you, your flirty behavior could cross borders and you may end up describing how good you can wiggle your tongue between the crack of your folded elbow! Or you may do something just as gross. Or simply put, you may disgust her with your over-the-top flirty dumb remarks or your “I’m-a-loser-I-want-attention” acts.

This happens most of the times, and is one of the main reasons why girls don’t dump their men for some other men. Because some men just don’t know the definition of ‘overdone’. [Read: Things that impress a girl]

When the word is out

The world knows she’s going out with her guy. But no one knows you’re hitting on her. Keep it that way. Maybe you could tell a few wingmen all about it, but to the world at large, skip this little detail. When the word gets out that both of you are flirting with each other, it would just embarrass her in front of her pals and worse, her guy! So if you really do want to steal her, let the fact that you’re both falling for each other be a well kept secret.

You should probably know this. When you’re trying to woo a girl who already has a guy, you should keep it as discreet as possible, even from her. If you’re going to beat the drum near her ears each time you both talk, she would just avoid you, for good.

Let her enjoy your company, as a friend and as a boyfriend potential. Incessantly talking about going out or kissing each other will take you nowhere. Bring up the crush thing once in a while, the rest of the times, just flirt. If you talk about being in love all the time, she’ll just get pissed off! Remember, she has to enjoy being with you. [Read: 10 traits of a good boyfriend potential]

Brothers, friends, lonely men! (hoorah!) You may be afraid to try. I know, try and you may lose. Run away, you’ll live, at least a while. And dying in your beds many years from now, all alone, would you be willing to trade all the days, from this day to that, for one chance, just one chance, to come back here and tell that guy, that he may take the girl first, but he’ll never be able to keep her away from you! (alba gu brath!) Yeah, I know I took those lines from ‘The Braveheart’, but hell, anything to inspire you guys! [Read: Signs she’s using you when her guy isn’t around]

So now you’re done with the art of stealing a girlfriend. So you like a girl who likes someone else? Go on there and woo her like the best girlfriend stealer alive!