Pussy Tease: How to Be a Charming Guy Who Seduces in Slow Motion

If you want to show a girl that you’re not just trying to get her into bed, try being a pussy tease instead. Yes, you’ll drive her wild, but in a good way. 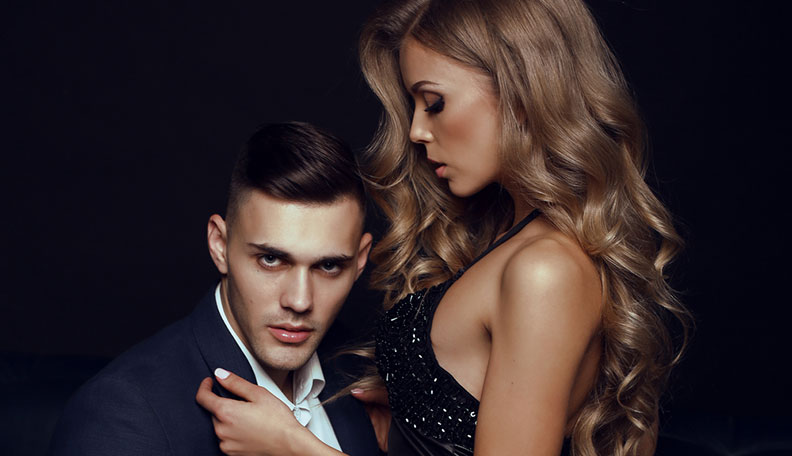 In the world of dating, we all play games from time to time. Sure, we probably shouldn’t, but needs must, right? You’ve no doubt heard of a cock tease before, but what about a pussy tease?

Of course, a cock tease is a girl who leads a guy on without any intentions of ever having sex with him. There are many reasons why a girl might be a cock tease. Sometimes she does it to make a guy her personal slave, by making him feel that at some point she will have sex with him if he just goes along with what she wants. While for others, she is trying to make him wait for her so that he respects her more.

But, guys might try to be a pussy tease instead. Let’s learn more about why this might be the case, and why it may be a good thing. [Read: How to be a tease – 13 really flirty moves to capture their attention]

What is a pussy tease?

A pussy tease is a guy who makes a girl think that he is going to have sex with her, but then doesn’t. Making all sorts of sexual innuendos, she thinks that you are heading right with her and then you go totally left.

A pussy tease will leave a bar with a girl and make her think that they’re going to have a one-night stand. But then he will say “good night” at the front door. He is also the guy who always has the girl he wants on the hook. [Read: How to play hard to get with a girl – And do it just right]

It’s exactly the same as a girl being a cock tease, but there are some situations when it’s actually not negative. Just as a girl might choose to be a cock tease to get respect, a guy might do it to show a girl that he’s not just using her for sex. Sure, it might be easier to just say it, but then actions always speak louder than words, right?

The operative word in pussy tease is “tease.” Although we are not fans of game playing, there are times when games can do a lot of good for a relationship, especially right upfront.

If you want to have the upper hand, this is a good option. Make her feel like you are something special, while at the same time have her feel that she is too, being a pussy tease is the way to go.

Making her work hard for you is the best way to build something strong. So, if you really like her and want to keep her, then being a pussy tease is the best way to play it from the start. [Read: What you need to do when a girl’s playing hard to get]

Here’s why you might want to be a pussy tease.

1. You will be different from the other guys she’s used to

Dating as a female isn’t easy. Conditioned to think that guys are only after one thing, she will just assume that you are like every other guy she has dated.

If she is into you, she might hold out for the third date, but once she feels like she has taken the appropriate time, she will think that you will be jumping at the chance, but you won’t be. That will make her think about who you are and how you are different from the other guys who have pursued her. Different is good. It’s sexy, intriguing, and will make her curious to learn more about you. [Read: The third date rule – What it is and why it works so well]

2. It will make her work harder to get you into bed – we know, right?

Have you ever had a girl work it to get into bed with you? The answer is probably no.

In fact, most guys are trying so hard to get into a girl’s pants they barely remember the things said and done before the big score. We are not blaming you – we get it.

But, if you don’t push to have sex with her, once more, you make her work hard for it by trying to turn you on. She will have to be more seductive and aggressive than she normally is. Not only will you enjoy being on the receiving end, she might discover the vixen inside she didn’t know about. Win-win. [Read: How to get any girl to like you – 18 secrets to impress]

3. You will make her think you are something special

We are creatures of habit. What we are habitual about is that we always want what we can’t have. If something is handed to us, it doesn’t mean nearly as much as if we had to earn, wait for it, or win it.

If you make her wait for you to get on board with sex with her, then she will think that there is something worth waiting for. Yep, it works the same in reverse. If you make a girl wait to have sex with you, then she will probably respect you more in the morning, and you will build a healthier relationship for the future. [Read: How to get girls – 16 tricks that’ll make you instantly likeable]

4. She will never wonder if you are with her for the sex or her personality

When women sleep with men too early on, they sometimes wonder if it was the sex that sealed the deal or the fact that you fell madly in love with her.

If you don’t have sex with her until she is practically begging you, then she will never have to wonder what your intentions were upfront. Or, if you wanted to be her partner and boyfriend or just have some casual sex that turned into something. She will always know that you chose her because you loved her insides, not just getting inside of her. [Read: 34 passionate signs he’s making love to you and not just having sex]

5. You can take the time to get to know her

We know that you want to act all “I don’t care about communication,” but the truth is that having a meaningful relationship with someone before having sex with them is a really cool and rare thing.

If you are her friend first with sexual tension and take the time to get to know her, then even after the lust and “gotta have her” feelings are over down the road, you will still have the person that you fell in love with outside of just the sexual and physical attraction. That makes for a long-lasting relationship that really means something. [Read: 12 Prince Chraming traits that make all girls swoon]

6. Foreplay is the best play

You don’t have to go sexless – quite the opposite. You can take her just to the edge of ecstasy and take the time to get to know what makes her melt, and then pull away. Sexual exploration is the key to a strong sexual relationship in the future.

If you take the time to enjoy the foreplay, she will know that you aren’t all about yourself and the big bang. She will likely reciprocate in other ways that aren’t about the actual copulation. Sexual foreplay and teasing are allowed, just hold off on the whole enchilada until she absolutely has to have you! [Read: How to get a girl to kiss you by arousing her subtly]

Have you ever been on the side of a sexual relationship where you hold the cards? If you haven’t, then you have no idea the power that you have over someone.

Of course, we are not suggesting you use it to your advantage or to abuse her, but it is nice to have the upper hand every once in a while. Especially if you aren’t used to it. [Read: Relationship power plays and what men really need to know]

8. She will become obsessed with thoughts of you

When you want something and can’t have it, it consumes you. That will mean that while you are playing it cool and being a pussy tease, she is going to be thinking about you non-stop.

Not just you, she will be thinking about having sex with you. Like running around her brain nonstop! She will be so into you by the time she gets you, you will be a legend in her own mind.

9. It will build up sexual tension for the big bang

We know it is very rare nowadays, but can you imagine what a wedding night was like back in the day? When most women regularly waited for their wedding night to lose their virginity? All that pent-up sexual energy and holding back. It must have been like seeing fireworks.

Putting extra firepower into the situation makes it that much more incredible. [Read: 25 sexual questions to ask a girl and leave her instantly wet]

10. Once it happens, it will make her feel like she is something special

When you want something, and you can’t have it, then you assume it is something special. Stated before. Follow us here. If you finally give in and you have sex with her and she “wins” you over, then that will make her feel like she is something pretty spectacular too.

It might not be easy, but being a pussy tease isn’t always bad

An overall good feeling, withholding sex from a girl by being a pussy tease, might confuse her for a while. But, once you give in, it will be like you two were not only made for each other, but that you possess something way more amazing than any other couple out there.

Now, it shouldn’t be that you resort to pussy tease tactics just for the sake of winding a girl up. That’s never a good idea. You should only tease her a little if you really want to get to know her. By doing so, you’ll build up respect and care. Then, perhaps the relationship will become deeper than before, with the added bonus of amazing sex a little further down the line.

Are you are a guy who really likes a girl and wants to build a strong relationship? Is she someone that you think is potentially the real “one”? Then you should be a pussy tease. It’s a win-win situation all the way around.