Want to break up, but don’t know how? Here are 12 perfect examples of how NOT to break up, unless you want to come off as completely heartless. 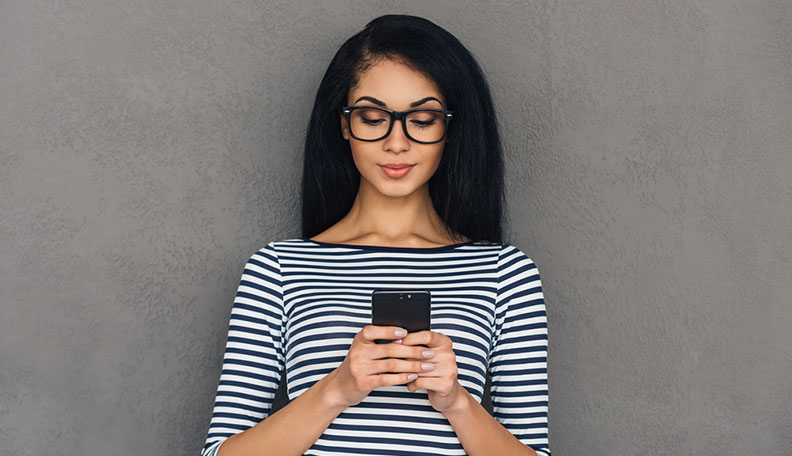 Breaking up with someone is never easy. Even if it makes sense to do so, someone has still invested their time and emotions into your relationship. When people devote their time and energy to one person, it can be incredibly painful to find out that their partner doesn’t feel the same way about the future.

While it’s not right to stay in a relationship that isn’t fulfilling or satisfying, it doesn’t mean you can forget to keep your partner’s feelings in mind when you drop the breakup bomb. This person put a lot of time into your partnership, so it’s important that you put careful thought into ending it respectfully, in order to still come across as a decent human being.

How NOT to break up with someone

Instead of looking at the best ways to break up with someone *since there really isn’t any great way to get dumped*, maybe it’s better to know how not to do it. Here are some of the worst ways to tell your partner that it’s over:

#1 By picking a fight. Breaking up with someone by starting a fight out of the blue and using that as your exit from the relationship is never a respectful way to leave. Your partner will resent you if they find out that you manipulated them and blew up a small issue in order to end the relationship.

#2 During a romantic night out. Deciding to break up with your partner while having a romantic date night is likely to cause shock and confusion. Just because your partner was wined and dined doesn’t mean they will be able to handle the breakup any better. It’s better to talk over coffee, rather than lead them to think everything’s fine, before you drop a bomb out of left field.

#3 “It’s not you, it’s me.” This line is completely cliché and overplayed. It’s very rare that anyone will accept such an old, recycled line when being broken up with. If it really is you, explain what it is about your partner that doesn’t mesh well with your lifestyle or personality.

You won’t get far by telling them what a horrible person you are and how you have problems you have to work on in order to try and deflect the situation. You will get more respect by being straightforward and honest… and respecting your partner’s feelings and experiences. [Read: How to break up with your girlfriend like a man]

#4 While under the influence. Having a few too many drinks might give you the guts to do the dirty work of breaking up with someone, but it won’t come across as respectful to your partner. Just because drinking will give you momentary courage, doesn’t mean you won’t regret it after the damage is done.

Your partner might not even take you seriously, since your state of mind is clearly “altered,” and they might insist on talking about it at a later time, which will only prolong your issue. It’s better to be sober and in a clear frame of mind, so that you can get the important points across maturely and responsibly.

#5 In writing. This refers to e-mail messages, texting, and messaging apps. Breaking the news in such an informal way might feel easier than doing it in person, but it really makes you look immature and heartless. Do it in person, and you’ll save yourself some embarrassment and retain your integrity. [Read: How to break up when your partner doesn’t want to]

#6 After you have made a big investment. Whether you’ve just purchased a pet or put a down payment on a property together, this is never the right time to call it quits. If you know you’re unhappy in your relationship, it’s best to put off making new investments together, in case you decide you want to break up. If you’ve made the decision to move in with someone, at least give it a fair try before deciding that your relationship isn’t working out.

#7 Not being straight up. Not being straight to the point about your decision to break up will only lead to confusion on your partner’s part. It’s important not to be so blunt that you seem uncaring, but don’t beat around the bush. If you aren’t clear when you tell your partner about the breakup, they may be dumbfounded when they find out from your Facebook status or through a mutual friend.

#9 By getting caught in the act. Letting your partner catch you cheating will definitely make them want to break up with you, but it’s neither the best reputation nor the best image to leave them with. If your goal is to make them hate you so much that they have a reason to leave, you could end up with an unexpected retaliation that could make your whole plan blow up in your face.

#10 In public. Breaking up with someone in public is not only embarrassing for both of you, it will also make bystanders think of you as a total douchebag for not having the respect to do it privately. Worse yet, your breakup video could end up going viral. Speaking of viral…

#11 Through social media. What could be more cowardly or superficial than finding out you’re being dumped via social media? For example, broadcasting your single status on Facebook or insulting your partner in a Twitter rant will definitely give your ex the shock factor you were going for. However, you will look like a horrible, childish person who has to break up with someone behind a screen. [Read: How to break up with your boyfriend the right way]

#12 By ghosting. Falling off the face of the earth, avoiding calls, or changing your regular routes to avoid dealing with the breakup conversation is far from classy. Your ex may even be so in the dark, that they think you’re dead or seriously hurt. Talk about leaving someone hanging!

Facing the breakup topic isn’t easy for anyone, but it has to be done. Avoiding it altogether is a coward’s way out and won’t make you look dignified in any sense. It will also cause resentments to build, and will leave out any opportunity for closure. [Read: What is ghosting and how does it affect you?]

[Read: 10 reasons you feel relieved after breaking up]

Breaking up with someone can be one of the hardest things to do, especially if you’re in a long-term relationship. If you avoid the above scenarios and stick to being respectful and honest when you face the task at hand, you’ll prevent the possibility of an even worse outcome.

Team LovePanky
The editorial team of LovePanky comprises relationship experts and real-life experts that share their experiences and life lessons. If you want the best love ad...