Is Your Over-Analyzing Sabotaging Your Relationship?

Are you over-analyzing your relationship way more than you should? Find out what’s acceptable, what crosses the line, and what’s dangerous right here. 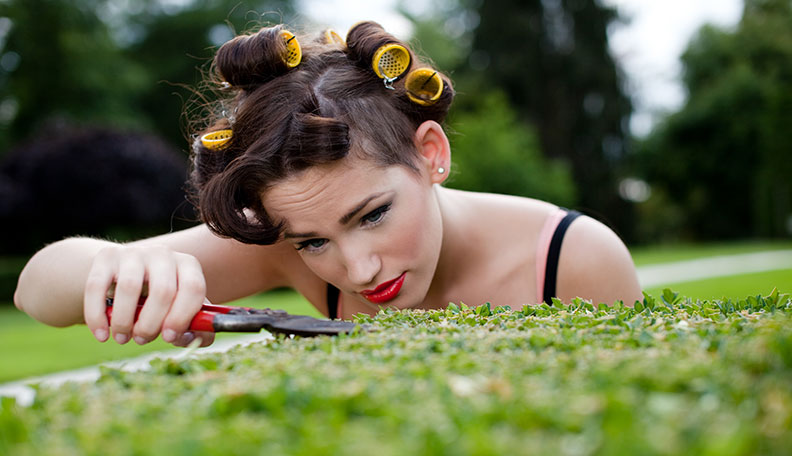 It’s always good to be paying attention to what’s going on in your relationship and watching for signs that everything is going well.

After all, a healthy relationship will have both, you and your partner, on the same page.

But that being said, there is a very fine line between being aware and over-analyzing.

And it is important to know whether or not you are someone with a tendency to cross that line.

While attention to detail can be a wonderful character trait – being able to remember your significant other’s birthday and favorite ice cream allows you to make them feel special and loved.

On the other hand, over-analyzing can lead to a lack of trust, miscommunication, hard feelings, or even heartbreak.

Are you an over-analyzer? Which one of these situations do you most relate to?

Anneliese has been with her boyfriend Steve for four months. They see each other about three days a week, and often spend the night at each other’s apartments.

On the days that they don’t spend together, Steve will often send a good morning text and the two of them will text once or twice throughout the day, especially if something funny happens at work.

If there is a day when Steve doesn’t text first, Anneliese will text him good morning instead, and ask a couple of open questions later in the day about work and Steve’s evening plans, just to check in and make sure that he isn’t feeling stressed or overwhelmed.

Stephanie and Marc have also been together for four months. They spend the weekends together, but rely on texts and phone calls to keep in touch during the week.

If Marc hasn’t texted Stephanie by ten in the morning, she starts to wonder if she has done anything to upset him over the last couple days, or if he might be starting to lose interest in their relationship – after all, she reasons, four months isn’t really long enough to be certain you want to make a relationship work. [Read: 15 reasons why your partner may be getting bored with the relationship]

On these days, she texts Marc a carefully worded question about what his plans are for the rest of the day, and watches his Facebook and Twitter to make sure that he is with the people he says he is. If Marc’s responses seem short or out of character, Stephanie quickly forwards them to two of her best friends so that she can make sure she isn’t over-reacting to the situation. [Read: 13 clingy girlfriend signs and ways to avoid being one]

Carrie and Jonathan have just passed the four-month mark in their relationship. They generally go out three or four times during the week, but both have other obligations on the weekends, and sometimes when they’re busy, they won’t see each other at all.

Jonathan will often text Carrie first thing in the morning, but on other days, he’ll forget. Carrie knows that this is probably just because he forgot, and doesn’t think of it again – sometimes, she’ll text him later in the day if she has a question about their plans for the week, but other times she won’t hear from him until the next morning. Carrie trusts Jonathan, and rarely glances at anything he does on social media.

Which one are you?

All of the examples above are pretty obvious – Annelise has a balanced relationship with her boyfriend, Stephanie is definitely an over-analyzer, and Carrie probably isn’t analyzing her relationship enough. That being said, there was probably one character that you related to the most, and you should listen to what that is telling you!

Let’s break it down a little further, and look at the top five signs that you are an over-analyzer.

#1 You’re a facebook detective. Facebook is meant for keeping up with your friends, not for intensive research. Don’t seek out his profile or investigate the people liking his statuses – that’s taking it a step too far!

#2 You treat his/her texts like they’re assigned-reading for a Literature class. Texts are usually sent while the person you’re dating is doing other things. I guarantee that the lack of punctuation or choice of words were not done to send you a secret message – don’t treat each text like you’ll need to write an essay on it later! Read it once and respond. [Read: How to love someone without smothering them with too much love]

#4 New steps in the relationship are a group discussion. Have you ever heard the saying “too many cooks spoiled the broth”? While it’s good to have a single trusted friend you go to with serious relationship concerns, you should not be parading every text or message you receive around to everyone that you know. The relationship is between you and your partner – no one else!

#5 You act more like his parole officer than a girlfriend. If he tells you that he’ll be home *or call, or text* at a certain time and isn’t able to, you can’t immediately jump to negative conclusions. Obviously, if there’s a pattern to this, it’s worth a discussion, but individual incidents should be met with understanding *everyone has days that don’t go as planned*, not endless questions and suspicion!

Why is over-analyzing harmful?

The danger of over-analyzing short-term relationships

Over-analyzing is most common in relationships that are still at the newly-dating stage. After all, it doesn’t matter what age you are – when you catch that cute guy’s eye at a work party, and he asks for your number, the butterflies in your stomach can make you feel like you’re thirteen again!

The whole newly-in-love experience will be so much more fun for you if you are able to let go of the details and just appreciate each new step in the relationship for what it is. [Read: 50 relationship questions to test your compatibility in love]

Now that most flirting is done online or through text, it is very tempting to show your friends your new fling’s social media pages or to let them scroll through the messages you’ve exchanged asking them what they think he might have meant, or for their advice about what you should say back.

The danger of over-analyzing long-term relationships

When you are in a long-term relationship, you need to trust your partner *and if your gut tells you not to trust them, then you need to get out!* If you can’t trust them enough to believe that they say what they mean when they send you a text, then you can very quickly frustrate them and make them think that they will never be good enough for you. That kind of dynamics in a relationship can force it to end very quickly. [Read: 12 reasons why couples drift apart slowly over time]

How can you learn to stop over-analyzing?

Making yourself transition to not being such an over-analyzer can be a very difficult switch! Try to have more open conversations with your partner about any worries you have in the relationship, cut down on the number of times you go to your friends with advice, and try to let the little things slide.

Even the most wonderful people on earth are only human, and they won’t always say the right thing, but that doesn’t mean that they love you any less! Letting your partner know that over-analyzing is something that you struggle with, but that you are willing to work through it will give you some grace as you adjust, and your partner may have some excellent ideas about how to make your relationship work better too!

After all, this relationship is about the both of you, and it will always take cooperation and communication to keep your relationship healthy.

[Read: 16 common silly habits that can hurt your romance quickly!]

Analyzing the little details in love may make you feel better for a moment. But over-analyzing every little detail of your relationship will only hurt you more than you can imagine, and leave you with a headache too!