How Do Narcissists Hook You: Learn to Dodge Their Toxic Bait

You thought it would be hard to get hooked by a narcissist? Think again. But knowing how do narcissists hook you, you’ll be able to dodge the bait. 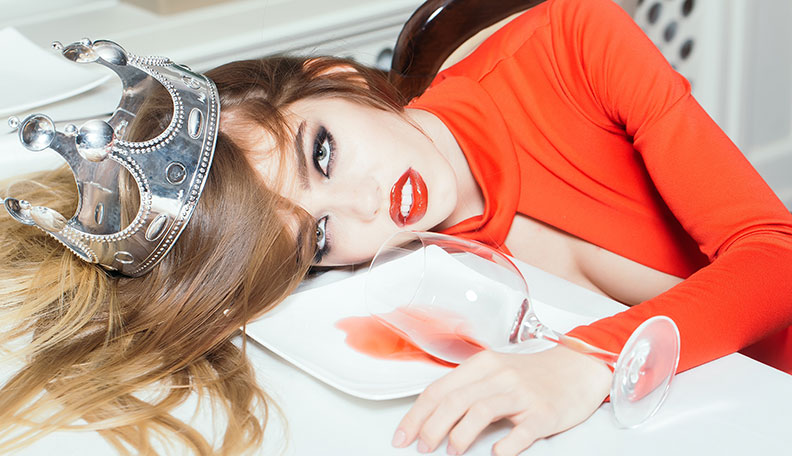 I think at one point in everyone’s lives, they encounter a narcissist. Some of us even live with family members who are narcissistic. But being attracted to one is completely different. Learn to understand how do narcissists hook you, and you’ll live a healthier life.

It’s easy to get hooked by a narcissist because, well, they’re a dream. At least, on paper. They check all the boxes off of what you want in a partner. And then, once you get to know them, you realize they’re not anything like they portray.

But by the time that happens, you’re already in deep with their manipulation and tactics. Though it’s easy to fall for a narcissist’s bait, it’s even harder to let go.

[Read: Why do people fall for narcissists when they know they shouldn’t?]

Though you may encounter one or two narcissists in your life, what you don’t want is to be friends or romantically involved with one. So, by knowing their games, read the red flags ahead of time and dodge what they throw at you.

As someone who has fallen for a narcissist, it’s not easy to move on from them. But once you’re free from their chains, you’ll see how crazy and unhealthy they really are. I don’t want you to get to that point, though. So, it’s time you learned how do narcissists hook their victims. [Read: A relationship with a narcissist and what it means to love one]

Don’t get caught on their toxic bait.

#1 All narcissists follow a pattern. Their patterns aren’t exactly the same, but they’re very similar. They usually bring up their challenging past. Most narcissists claim to have difficult childhoods.

They’ll develop a heavy backstory, and use their past as an excuse for their current actions. Or, they’ll blame their actions on their friends, or you. Either way, they develop secure backstories to defer the responsibility onto something/someone else. [Read: Are you being gaslighted? 14 signs someone’s messing with your head]

#2 They love bomb you. It’s not as nice as the title makes it sound. Being love-bombed is a tactic narcissists use by showering their partner with affection and love. They go over-the-top by worshiping you in the beginning, until you’re hooked. Of course, the victim loves the attention and trust the narcissist gives them, but it eventually all comes to an end. [Read: The signs of love bombing that can be confused with real love]

#3 They bait their victims. At some point, the narcissist will see how far they can go by provoking an emotional reaction from their victim. They’ll use the “I’m a good person who cares about you” claim, while shaming, humiliating, and minimizing the victim. In turn, they show their power and superiority over you.

#4 They lie… a lot. You never really know whether what a narcissist is saying to you is true or false. But as a victim, you don’t realize what they’re saying are all lies. This is what really keeps victims hooked.

A narcissist will tell their victim anything they want and need to hear to keep them around. So, the victim lives a life of bliss, not realizing their narcissist partner or friend is a liar. [Read: 15 ways a pathological liar hurts and confuses you with their lies]

#5 Their lies have no limits. If you think narcissists have some sort of moral compass they follow, you’re wrong. When it comes to their schemes, there’s not much they won’t do. Let’s take their lies, for example. They’ll often play the pity card, even using fake mental illnesses as a way to get what they want.

#6 They use fake gratitude. We all appreciate it when someone we love shows us gratitude, but with narcissists, they use it to manipulate their victims. They’ll use the absolute minimum effort to show their victim gratitude. And ultimately, the victim sees it as a form of kindness and justifies their relationship with the narcissist. [Read: Narcissistic supply – How to stop giving them the attention they crave]

#7 Trauma bonding. There are some victims who become attached to their narcissistic partner; it’s called trauma bonding. This is actually somewhat similar to having a drug addiction. The victim is addicted to the rollercoaster of emotions they experience in the relationship. And they’re unable to break free. [Read: How to find your way out of the narcissistic victim syndrome]

#8 They promise to change. Ah, yes. The narcissist has made a lot of mistakes throughout the relationship, but the victim stays because there’s the hope of change. The narcissist is someone who, when they realize their victim is on their last string, suddenly decides they need help and want to change. They take a couple of steps to change, but it usually falls through.

#9 You’re an empath. Here’s the thing, some victims just have that quality that narcissists look for in a partner. People who have high levels of empathy are usually most likely to be victims of narcissists. These people are givers and want to help others. This trait is specifically useful for narcissists as they can use these empathetic victims to their advantage. [Read: A narcissist and an empath and why they’re a match made in dating hell]

#10 They gaslight victims. This is a form of psychological manipulation that gets people to second-guess themselves. The narcissist will make their victim question their own sanity. Did I really say that? I swear I didn’t get drunk last night. By creating this uncertainty, they place the power and control into the hands of the narcissist. Victims see their narcissist as someone greater than themselves. [Read: 16 signs you’re being gaslighted by a narcissist you trust]

#11 Intermittent reinforcement. For the victim, they were there since the beginning. And the beginning was romantic, passionate, and fun. They were there before everything went downhill. And so the victim stays because the memory of the good times is hope for the future. They’re hoping things will go back to how they were in the beginning. [Read: The narcissistic relationship pattern and the 7 stages you must face]

#12 Their tactics evolve with time. The longer a narcissist is around you, the more time they learn who you are and what makes you tick. So, they constantly evolve their manipulation and learn new ways to control their victim. The last thing a narcissist wants is a victim who realizes what they’re doing.

[Read: Understanding what it means to be in a relationship with a narcissist]

If you’ve been wondering how do narcissists hook you, well, now you know. Armed with this information, you can avoid the tricks and schemes that they’ll use on you.