Texting is one of the most common modes of communication couples use, which begs the question: how does it affect your romance? Find out with these facts! 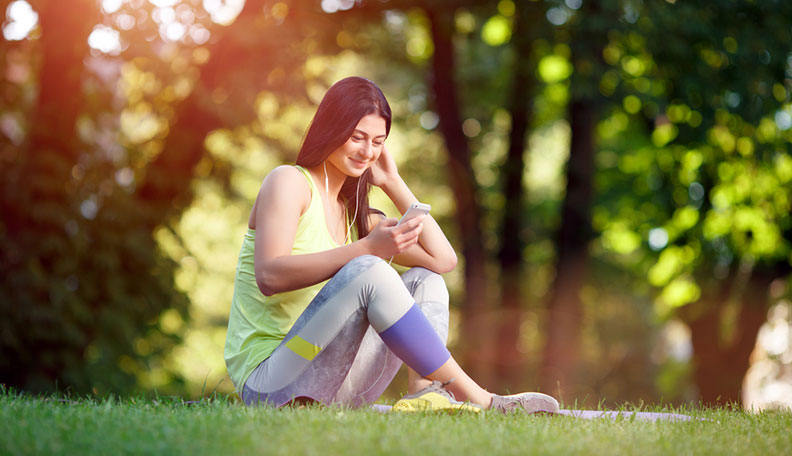 Nobody expected texting to be such a big deal. It was designed to be a convenient way to communicate with the people in your life, but now it’s turned into a whole subculture.

Because of all the attention it’s gained, people are now studying how texting plays into relationships. Good thing they did, because millions of single and non-single people are asking, “What is up with texting?”

The concept of texting didn’t peak until the early 2000’s. That was when cell phone companies started offering texting with their service plans.

Flash forward to a good decade and a half later, where emojis are now the norm, and calls have become almost obsolete. Now that we’re here in the age of texting, the differences in communication and how they affect us have provided more data than we could ever have dreamed of. [Read: A list of funny emojis couples need to use more often!]

And what did we do with that data? What else, but find out why it matters and what we can do to use it wisely—especially for our relationships.

Texting facts for the modern dater

That being said, we’ve compiled a list of facts that might interest you and help you improve how you deal with your relationships and communication.

#1 Married couples text less as their relationship progresses. Don’t freak out. That’s a good thing! It means that they’re communicating more in person than they are through social media and their phones.

#2 Too much texting can be bad for your relationship. Relax. You can still talk to teach other everyday, but the research says that incessantly texting about things that are of no consequence can take its toll on your relationship. Stick to actual conversations and not silence fillers.

#3 Men who text more are unhappier in their relationships. This could be connected to men’s egos, since their primal instincts program them to expect rewards when they provide for their mate. In this case, they provide affection through texting. Not being rewarded with the same amount of attention can, and will, annoy them.

#4 Women who text more are happier in their relationships. In this regard, it seems that women are fueled by the attention that texting gives them. Whether or not their partner texts as much is of no consequence, unless the frequency is alarming—like when a guy rarely texts. [Read: 8 little texting mistakes most couples make very often]

#5 Both men and women are happier when their partner sends them texts that show appreciation or compliments. If you’re worried about items 3 and 4, you can rest easy, because those can be remedied with a simple solution: send texts that matter to you and your partner—preferably ones that show affection and give compliments.

#7 Men don’t like being texted while at work. This could be because men consider work one of their highest priorities. When you text about useless things while they’re at work, they see it as a hindrance rather than an act of affection. For women, it might not be as annoying, but the same goes for them when their partners text unnecessarily.

#8 Using one-word texts like “k,” “fine,” and “good,” without capitalization or punctuation is a turn-off. Isn’t it always? Using this as a passive aggressive way to start a fight is also one of the markers of an unhappy relationship.

#9 Too much intense and flirty texting can scare away a person. This only counts when you just started dating—i.e. after the first date, or before you even see each other in person. Men and women find overly affectionate strangers to be tiresome, annoying, and—dare we say—creepy. [Read: 10 kinds of creepy guys women always avoid]

#10 Texting during a date is a signal for most people to bolt. It’s rude, impolite, boorish…I could go on and on, but anyone who sees a person texting at the table will be put off by the act.

#11 People aged 17 to 25 text their significant others more than older individuals. Seems legit, considering a lot of younger people have more time on their hands and have very little self-control over their indulgence in gratuitous things like texting.

#12 Scientists have predicted how people interact with their significant others through text. Not everyone does this, but apparently a majority of the general population do.

a. People meet in person, or online, add each other through Facebook and then briefly *other times, not so briefly* study each other’s profile.

b. One asks for the other’s number. These days, there’s no guarantee that only the guy does it.

c. Texting continues until someone asks the other to meet in person.

#13 One in five texters receive a breakup text. One of the saddest statistics I’ve ever read, but the numbers do not lie.

#14 When someone relies too much on texting, they are much unhappier in their relationships. When a person finds joy in texting and then feels despair when it’s not there, it’s a sign that the relationship itself is not what’s fueling the happiness they need.

#15 People who are secure about themselves don’t require the assurance that constant texting gives. Not everyone is dependent on texting. Those people are the ones who don’t crave attention and do not look too deeply into the short messages they receive.

#16 People who are insecure turn to texting to get assurances from their romantic interests. Insecure people rely on the validation that texting gives them. Texting equals affection; therefore, it tells them that someone cares, even though it’s just a social reflex.

#17 People who are scared of being abandoned will avoid being controlled by texting habits in order to have a semblance of control over their relationships. If someone has abandonment issues, you’re stuck with one or two outcomes: someone who avoids texting or someone who will text you incessantly. Either way, the main goal is to take control over the situation.

Everything written here is not set in stone. These facts simply demonstrate the majority findings uncovered by scientific research. Instead of expecting these things to happen to you, you should take the time to consider whether or not you should rely on texting as the basis for your whole relationship.

Just remember that texting is not as important as actually being present. Talk to your partner, spend time together, take a trip out of town, and just go crazy. Those moments matters more than a few words exchanged through a screen.

[Read: Do you sext? A new study reveals why you should start right away!]

Texting is an increasingly pervasive form of communication. Not all texts are created equal, however, as recent research has revealed. Using these facts, make sure your texting habits are supporting your relationship, rather than being your Achilles heel.

Danielle Anne
Those who can’t do, teach. I can neither do nor teach as well as others, but I can try. Aside from being a writer, I am also a physical therapist. My dream is...
Follow Danielle on Facebook

How to Be a Good Friend: The 23 Friend Codes All BFFs Must Follow

How to Be Mature: 25 Ways to Grow Up & Face Life Like an Adult

Emotional Attraction: 22 Signs You Have It and Why It’s Essential