Stop Chasing Him! All the Reasons Why Chasing a Guy Never Helps 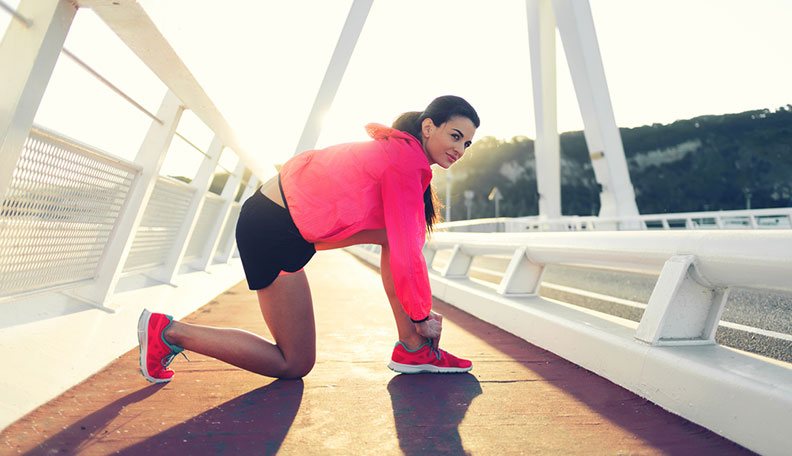 Toxic relationships have us habitually doing unhealthy things. The run/chase relationship is one of the worst. Stop chasing him, it won’t ever work!

Okay, so I had this horrible boyfriend in high school. We all know the type. My mother hated him, my friends hated him, and secretly somewhere deep down all along I hated him too. What did we all hate about him? Well, probably that he wasn’t a good person mixed with the fact that he did this thing to make me chase him. Why didn’t I stop chasing him?

Now, don’t get me wrong, no guy can make you do something unless you are on board. But, there are individuals of the opposite sex who are expert at pushing all the right buttons to turn the crazy on.

They are the ones that refuse to hear what you have to say, treat you like garbage until you have no self-esteem left, and leave you chasing them around the house without shoes like a raving lunatic saying all sorts of things that you don’t mean and can’t even believe you are saying.

Why do they run?

Why do guys do that? Why do they run, so you chase them? It is their way of controlling you. It is a form of emotional abuse whereby they manipulate you by negating your feelings and refusing to listen so that you ensue chasing after them.

In the end, you end up looking like a crazy bitch. He ends up getting exactly what he was looking for… you to walk right into the trap. So, what is the answer to the guy who makes you chase him? Stop chasing him.

Stop chasing him – Top 8 strategies to stop your madness

Whether you aren’t yet dating, have been dating for a while, or, God forbid, are married to the perpetual running man, it is time to stop the chase, restore your dignity, and realize that if he doesn’t want to hear you, you aren’t going to make him. All you do is wake up with cuts and bruises to both your body and your emotional stability. [Read: 22 early warning signs of a bad boyfriend]

I know it is the hardest habit to break… believe me I absolutely do. I have been in your shoes. The only way to stop a guy from running from you—stop chasing him.

Not only will it allow you to think through your actions before you make poor decisions that lead to unhealthy consequences, but exercise calms down your parasynthetic system enough to release the adrenaline that has your dander up, to begin with.

When you get back, you either talk rationally, if he comes back and to his senses, or think rationally enough just to let him go. [Read: 12 subtle signs you’re being manipulated by your lover]

#2 Let him come to you. Although he says he hates it when you chase him, the truth is that he actually gets off on bottoming you out and making you run after him. If he didn’t, he would have left you a long time ago or would stop running like a coward.

When you take off after him, he gains control over you, and that is exactly what he wants. If you want him to stop running, then stop chasing him. Once he sees his running won’t result in anything but aloneness, he will have to try another tactic to gain dominance and control, or maybe even listen to you. [Read: Emotional manipulation – 14 ways people mess with your mind]

#3 Call a friend. Instead of running after him, call a friend who knows you and the situation and will talk you out of pursuing him. Everyone has that one friend you rely on to be your voice of reason.

Instead of taking off after him, let him go and talk your issues through with a good friend. They’ll tell you exactly what I am telling you now. Chasing after a guy NEVER ends well or gets you what you want. It always ends in feelings of worthlessness and remorse on your part. [Read: Love advice: 10 lessons your own experiences can teach you]

#4 Breathe deeply and reason through it. One of the reasons why women chase men is because they get so incensed and frustrated that they stop thinking rationally. When someone runs from you, especially if you already have issues of fear in the relationship, your mind goes, well… a little off kilter.

What takes over for someone who chases is a fear of losing someone, or that the person who leaves isn’t ever going to come back. If you take a breath and talk yourself through it, like seriously, out loud, then you are less likely to start the chase.

Try to calm yourself down by talking through things aloud and knowing that no matter what happens, if you don’t chase him, you will be the victor.

#5 Write it all down and then throw it away. If he runs and refuses to listen to you, then the best thing to do is to stop thinking that if you yell loud enough or catch him, he is going to listen. Long before he set out on his run, he decided he wasn’t going to hear you, which is why he ran, to begin with.

The next time you feel like chasing him and yelling at the top of your lungs, sit down at your computer and write him a scathing letter telling him all the nasty things you want to say. You would be surprised at how cathartic writing things down is. Once you transfer the anger, shut your computer down and reread it after you calm down.

Then decide whether you want to send it or not. Likely, if you don’t chase him, he will be back apologizing. You will have saved yourself from looking like the bad guy. [Read: 8 things to tell yourself when fighting with your lover]

#6 Realize that nothing good ever comes from the chase. The next time you feel like catching up when he’s running, stop chasing him for a second and just think about all the other times you chased after him. How did those times end? Did you get what you wanted? Did he see you chasing him and run back your way, or did it push him away further?

Did you end up saying good things once you caught him? If he is running, it is because he doesn’t want to hear what you have to say. Learn from your mistakes instead of being the idiot who keeps doing the same thing expecting a different result. That only leads to your insanity, literally.

#7 Leave him. If a guy can’t sit and listen to what you have to say and runs from you, then he isn’t good for you. Someone who runs from you instead of acknowledging you doesn’t respect you. It is truly that plain and simple.

Stop thinking you aren’t worthy of having a normal relationship where you can voice your opinion and be upset. You don’t have to chase someone to be heard. If he runs, he is always going to run. You are going to continually chase him.

If you can’t stop chasing him, then it is time to move on and find a healthy relationship to throw all that energy into. Chase/run relationships are nothing but toxic and they rarely, if ever, change. [Read: Yo-yo relationships and why they never ever work out]

#8 Shut down. This is a psychological term I hate. Literally, I hate it. The reason is because it typically is used by counselors to say a woman is so demanding that she has made the man “shut down.” That gives him license not to answer.

What the therapist doesn’t mention is that shutting down is an immature behavior that is disrespectful and one the man chooses. It isn’t innate. Running is a learned behavior used to manipulate. So, why would I then be telling you to shut down? [Read: Emotionally abusive relationship – 15 signs you just can’t ignore]

Well, I suppose if you want to stop chasing someone who runs, you have to fight fire with fire. You literally must shut yourself down.

That means turning off your phone, not answering the door, not getting on your email. You shut down and shut him out. There is no other answer.

[Read: Tired of chasing? How to make a guy want you instead]

Chasing a guy never leads to a good result. It always ends up in the same horrible place. If all the tricks fail, stop chasing him and find some sanity by finding a healthier relationship.

If You Love Someone Should You Let Them Go? Don’t Believe This Crap